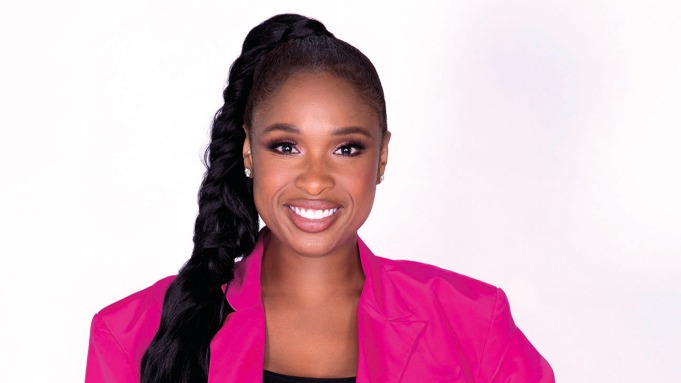 The Oscar and Grammy winner will host a syndicated talk show that’s set to premiere in the fall. The Jennifer Hudson Show comes from Warner Bros., with Fox-owned stations set to carry the show. Hearst and other station groups are also on board, giving the show clearance in more than 60 percent of the country so far.

“I have experienced so much in my life; I’ve seen the highest of the highs, the lowest of the lows, and just about everything in between but as my mother always told me, ‘Once you think you’ve seen it all, just keep on living,’” said Hudson in a statement. “People from around the world have been a part of my journey from the beginning — twenty years ago — and I’m so ready to join their journey as we sit down and talk about the things that inspire and move us all. I have always loved people and I cannot wait to connect on a deeper level and let audiences see the different sides of who I am, the human being, in return. And I couldn’t be more thrilled to do it alongside this incredible team. We’re about to have a lot of fun and shake things up a little bit!”

Hudson’s show is the second new talker set to debut in the fall. Sherri, a de facto Wendy Williams Show replacement from Lionsgate’s Debmar-Mercury and hosted by Sherri Shepherd, will also be carried on Fox stations.

The show will also keep Warner Bros. in the daytime space after its flagship talker, The Ellen DeGeneres Show, ends after 19 seasons. The show represents something of a reunion for Hudson and Fox — where she broke out on American Idol’s third season — and the network’s former unscripted head Mike Darnell, now president of Warner Bros. Unscripted Television.

“I knew that Jennifer was a force to be reckoned with from the moment I met her nearly 20 years ago,” said Darnell. “From her Grammy-winning career in music, to her Oscar-winning acting career, Jennifer’s amazing talent, big heart and authenticity shine through in everything she does. I am thrilled to be working with her in this new role. She’s a natural, and I know audiences will embrace her in their homes every day.”

Hudson will be the second former American Idol performer to front a daytime show. Season one winner Kelly Clarkson is currently in her third season hosting an eponymous show from NBCUniversal.

“Daytime has found its Dreamgirl,” said David Decker, executive vp Warner Bros. Domestic Television Distribution. “We are excited to bring Jennifer Hudson to Fox, Hearst and all our broadcast station partners this fall.”