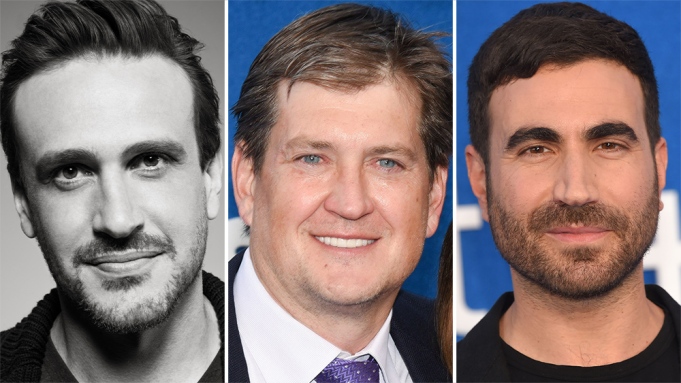 Apple TV+ has given a formal series green light to Shrinking, a 10-episode comedy series starring Jason Segel, who also serves as writer and executive producer alongside Bill Lawrence and Brett Goldstein, coming off their Emmy wins for the streamer’s hit comedy Ted Lasso.

Written by Segel, Lawrence and Goldstein, Shrinking follows a grieving therapist (Segel) who starts to break the rules and tell his clients exactly what he thinks. Ignoring his training and ethics, he finds himself making huge, tumultuous changes to people’s lives…including his own.

This is the second Apple Original starring Segel; the former How I Met Your Mother and Forgetting Sarah Marshall lead also stars in Apple Original Films’ upcoming The Sky is Everywhere based on the best-selling YA Novel of the same name. Segel recently created, executive produced and starred in Dispatches From Elsewhere, which ran on AMC for one season, and plays Paul Westhead in HBO’s upcoming Lakes series.

Shrinking also marks Apple’s third series from Lawrence, and Warner Bros. Television alongside Ted Lasso and the recently announced Bad Monkey. The rapidly growing portfolio could make a case for Apple which, along with the other major streamers, is believed to be pursuing the prolific creator for an overall deal while Warner Bros. TV is also expected to step up to try and keep him in the fold beyond his current pact. In addition to the three Apple TV+ shows, Doozer has two series on HBO Max, a Clone High reboot, which has a two-season pickup, and the upcoming Head of the Class reboot.