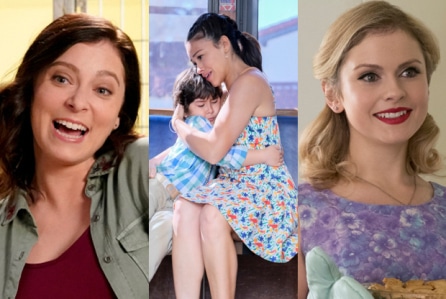 It’s official. The CW’s comedies Jane the Virgin and Crazy Ex-Girlfriend will end after their upcoming fifth and fourth seasons, respectively. Additionally, the network revealed this season that the upcoming fifth season of comedic drama iZombie also will be its last, making for string of farewells on the CW next season. It will start with Crazy Ex-Girlfriend, which is on the fall schedule, and continue in midseason with Jane the Virgin and iZombie.

The announcement is not a surprise. Ahead of Jane the Virgin‘s fifth season renewal, star Gina Rodriguez had referred to a then-potential Season 5 as “our final season,” while Crazy Ex-Girlfriend star/co-creator Rachel Bloom tweeted after its pickup, “Just found out that #CrazyExGirlfriend has been renewed for a final season.”

Meanwhile, iZombie was probably the bubbliest of the CW established series and in danger of cancellation over its ratings performance but clinched a renewal so its passionate core fan base can get a proper farewell — something the CW has done consistently with all of its long-running series.