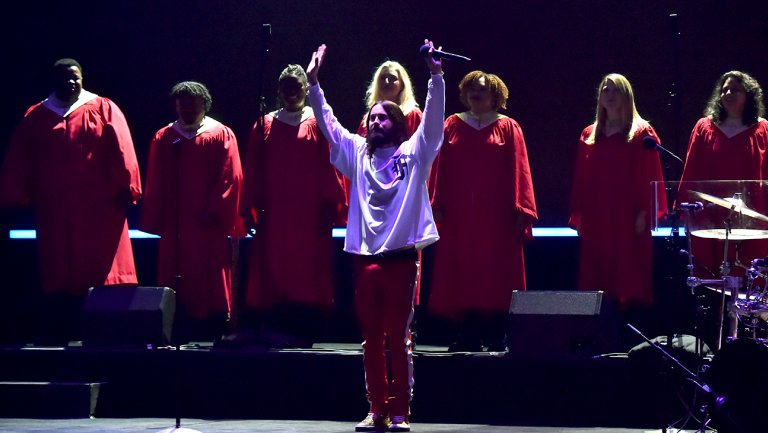 The CW is bigger and better than ever.”

Those were CW president Mark Pedowitz’s parting words during a clip-heavy upfront presentation that still managed to clock in at less than an hour — a marked changed from the 120-minute-plus NBCUniversal pitch-fest that kicked off the week. Pedowitz’s declarative statement followed several others about the young-skewing network’s strong digital footprint — “No other network uses digital and social like The CW!” — and its expansion to a sixth night of programming, with the introduction of Sunday nights come October.

The remainder of The CW’s 54 minutes before the ad-buying community included cameos from the stars of mainstays Supernatural, Riverdale, Black Lightning and Arrow as well as those from its new crop (In the Dark’s Perry Mattfeld) and returning favorites (Legacies’ Matt Davis).