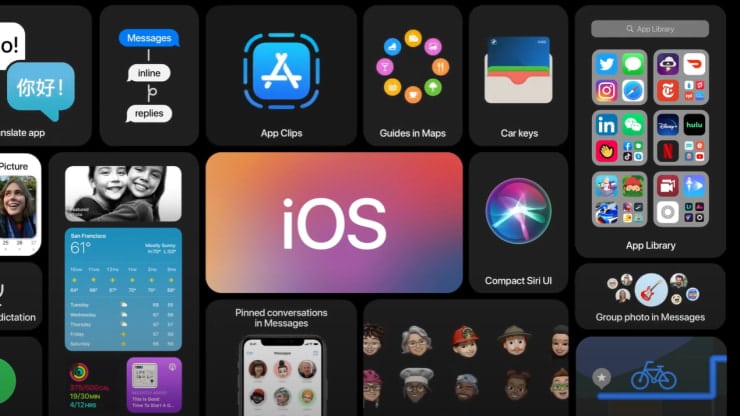 Apple announced iOS 14 on Monday, the new software that will launch for iPhones in September.

iOS 14 includes a lot of new features, including widgets that will transform the way your home screen works, and a whole new way to sort through several pages of apps. It will support phones as old as 2016′s iPhone SE and 2015′s iPhone 6s Plus.

It launches in public beta in July before it’s available in the fall, but here’s a look at some of the biggest changes you’ll see.

Widgets are finally coming to the iOS 14 home screen. In iOS 14, you’ll be able to pin large widgets that show the weather, podcasts, photos, the clock, stocks, maps, music and more.

This shows you more information: like the full weather forecast, or more entries on your calendar, or entire pictures, right on your home screen. One widget, called the smart stack, lets you switch through widgets on the fly, like news, health, TV and more. Smart stack will change depending on the time of day, too. You can choose them from a gallery of widgets and then drag them out on to the home screen or pick from different sizes. Third-party apps will also be able to take advantage of the new widgets.

Apple Messages is getting revamped in iOS 14 too. Now, you’ll be able to respond to specific text messages in a group chat through inline replies. It’s similar to the threading feature used for messages in Slack. So, if someone says “Hey what time are you coming to dinner?” You’ll be able to respond to that message directly, even if new messages have appeared in your chat. Messages will also include “mentions” so you can notify someone when you’re trying to reach them in a group chat, or set alerts so you only get tagged if you’re mentioned. Groups can have custom photos, too.