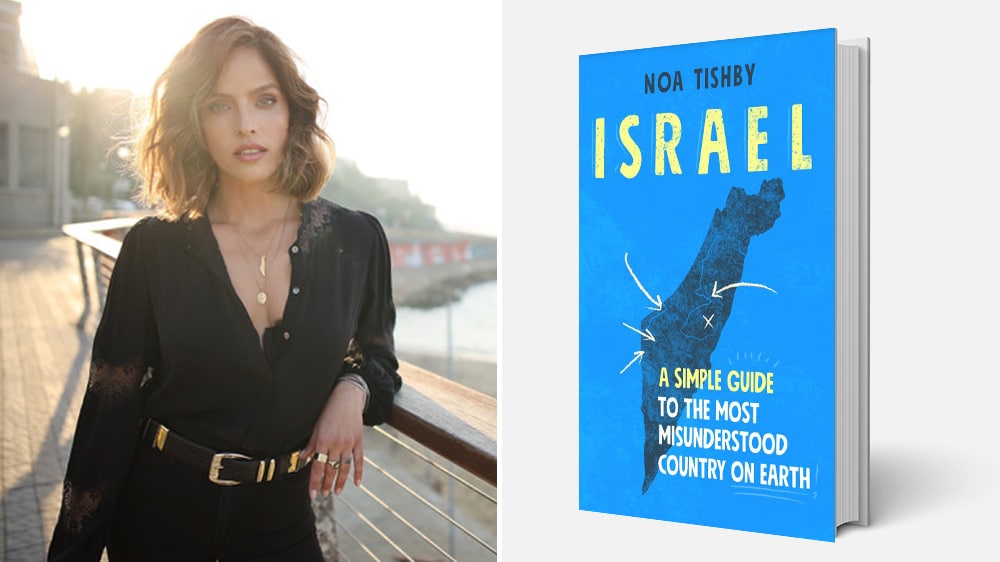 Israeli-American actress-producer-author Noa Tishby was compiling research for what would eventually become her newly released non-fiction book “Israel: A Simple Guide to the Most Misunderstood Country on Earth” (Simon & Schuster) when she discovered that — save for Golda Meir’s 1973 autobiography and English translations of Israeli historian Anita Shapira’s work — there were no books on the history of Israel penned by a woman.

“It was shocking to me,” says Tishby, who first broke on the scene in the hit 1990’s Israeli series “Ramat Aviv Gimmel” and would later go on to sell the Israeli drama “BeTipul” to HBO. The resulting series “In Treatment,” which Tishby co-executive produced, went on to win a Peabody award, two Emmy awards (for Dianne Wiest and Glynn Turman) and ushered in the popularization of Israeli small screen formats for American audiences. (A reboot of the series is currently in the works.)

But while Tishby, born in Tel Aviv, has been acting professionally since the age of 13 and is a veritable superstar in Israel, it’s social and political activism that runs hot through her veins. In 2011, Tishby founded the Israel-focused online advocacy and rapid response organization Act for Israel, and in 2014, she helped to forge a partnership between the Schusterman Foundation and Summit Series and co-created Reality Israel, a series of leadership trips to Israel for working professionals—Jews and non-Jews— in the music, technology, food and art and sciences sectors.

Still, when it came to debunking false narratives and educating her American friends about Israel, a country with arguably some of the worst PR of any country on planet earth — a fellow actor she met once asked why she didn’t wear “head gear,” meaning the hijabs worn by many Muslim women — Tishby struggled with finding the right text. It needed to be thorough, but also duly accessible to the average layman.

“I would talk to people and they would ask me, Can you give me something to read that I can kind of educate myself? And I couldn’t, because so much of the literature about Israel is so detailed, deep,  historical,” she says. “And that’s beautiful and fascinating, but it’s not accessible for the majority of people that don’t want to read 6,000 pages of a history book. And I kept thinking, where is this book that I can give to my friends and colleagues? And it just didn’t exist. So I decided, well, I better just write it.”

Roughly two years later, Tishby’s “Israel: A Simple Guide to the Most Misunderstood Country on Earth” tackles subjects ranging from the Sykes-Picot Agreement (a secret treaty between the United Kingdom and France that partitioned the Ottoman Empire) to the assassination of Prime Minister Yitzhak Rabin, from Lawrence of Arabia to the BDS (Boycott Divest Sanctions) Movement, which seeks to dismantle Israel.

“I wanted to make it easy for people who are curious about politics but who never got around to educating themselves on the topic, both Jews and non-Jews,” says Tishby. “I’m making the new case for Israel with the cunning use of facts.”