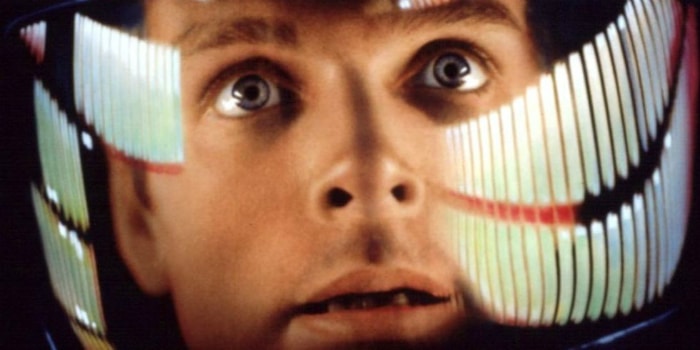 Fifty years since it was first screened, 2001: A Space Odyssey continues to cause confusion and debate.

Stanley Kubrick’s epic film reimagined what cinematic science fiction could be, but it also went into esoteric areas, most notably with an ending that the director famously refused to discuss.

Dr. David Bowman’s journey into the vortex has spawned countless fan theories and discussions about what exactly happens to the character, but it now appears the most important voice of all has weighed in on the ending. That’s right, Stanley Kubrick himself allegedly explains the ending of “2001” in a resurfaced interview that’s going viral on the internet.

The clip above is from the full 84 minutes of footage shot for Yaoi’s documentary, partially to explore reports of unusual or paranormal events on the set of The Shining. The director himself is not seen in the footage, only heard while talking to Yaoi, in the apparent interview from 1980. Eventually Yaoi asked Kubrick about 2001’s ending, when astronaut David Bowman (Keir Dullea) is transformed into a “Starchild.”

Kubrick himself notes that talking about the film’s iconic ending was something he’d “tried to avoid doing this ever since the picture came out.”

Here’s the transcript of Kubrick’s comments:

“I’ve tried to avoid doing this ever since the picture came out. When you just say the ideas they sound foolish, whereas if they’re dramatized one feels it, but I’ll try.

The idea was supposed to be that he is taken in by god-like entities, creatures of pure energy and intelligence with no shape or form. They put him in what I suppose you could describe as a human zoo to study him, and his whole life passes from that point on in that room. And he has no sense of time. It just seems to happen as it does in the film.

They choose this room, which is a very inaccurate replica of French architecture (deliberately so, inaccurate) because one was suggesting that they had some idea of something that he might think was pretty, but wasn’t quite sure. Just as we’re not quite sure what do in zoos with animals to try to give them what we think is their natural environment.

Anyway, when they get finished with him, as happens in so many myths of all cultures in the world, he is transformed into some kind of super being and sent back to Earth, transformed and made into some sort of superman. We have to only guess what happens when he goes back. It is the pattern of a great deal of mythology, and that is what we were trying to suggest.”

“2001: A Space Odyssey” returned to theaters earlier this summer and toured the country with an unrestored 70mm print. 2018 marks the film’s 50th anniversary.

10 TV ”Mistakes” That Were Totally Intentional