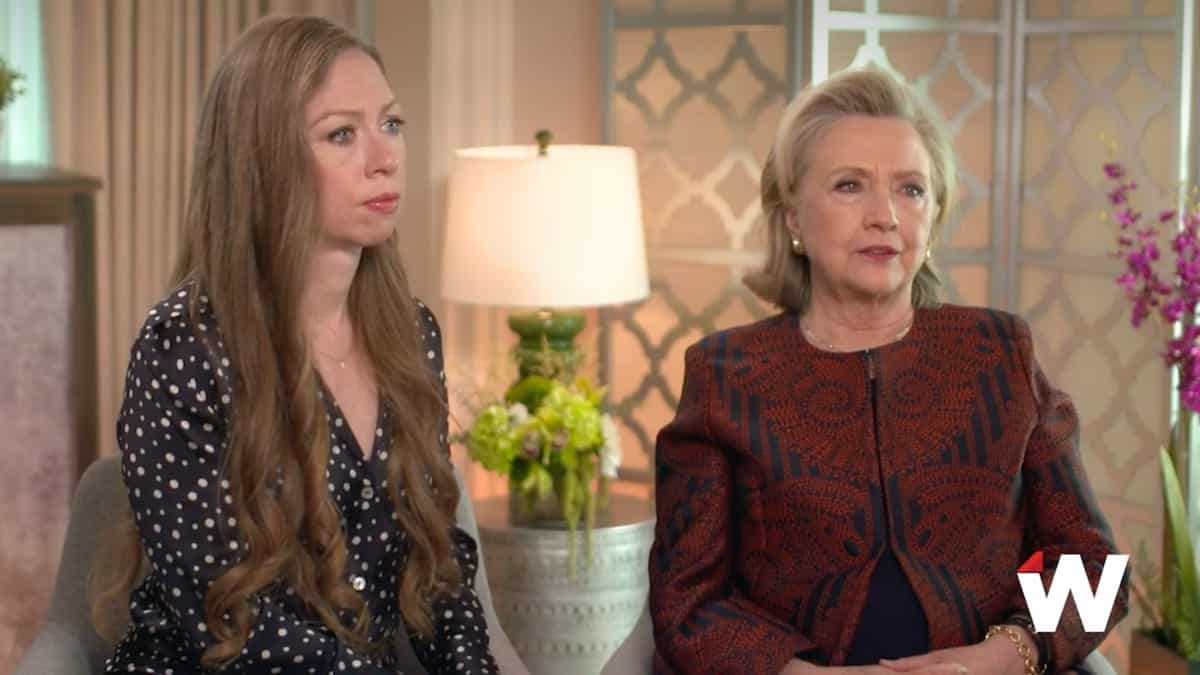 “Gutsy,” which is now streaming on Apple TV+, plunged Hillary and Chelsea Clinton deeper into their goal of telling the stories of gutsy women that they began with their 2019 “The Book Of Gutsy Women.” With many of their previous subjects having passed away, they turned their attention to other female trailblazers from celebrities like Kim Kardashian and Amy Schumer to advocates fighting child marriage, promoting indigenous representation and fostering supportive communities for LGBTQ+ people.

Hillary and Chelsea Clinton stopped by TheWrap and Shutterstock’s Interview and Portrait Studio at the Toronto International Film Festival to speak with TheWrap’s Editor in Chief Sharon Waxman about their experience behind the camera as producers as well as the current state of womanhood in the U.S. and beyond.

As the pair reflected on what it meant to fight back against misogynistic forces in schools, religious institutions and social media, Chelsea noted, “We have to stand up and make our voices heard anywhere and everywhere.”

“I think there is pushback against women’s rights and opportunities and progress in our own country, but elsewhere in the world,” Hillary said, pointing to the Supreme Court’s reversal of Roe v. Wade. “There’s also an undercurrent of misogyny and sexism that is now made much more public and, sadly, acceptable because of social media … And we need to fight back politically so that the space for women doesn’t continue to narrow.”

Chelsea, who echoed her mother’s thoughts on the importance of fighting back by showing up to vote, also sees a necessity to push back on the “cultural front,” pointing to recent decisions to ban Maya Angelou’s “I Know Why the Caged Bird Sings” as one example.

“Yet we can’t only fight at the ballot box or through the political arena, because we see how the forces of darkness that want to push our rights back, push opportunities back [and] return back generations are fighting on on cultural fronts as well,” she said.

Spreading these stories of inspiring women was a fairly established tradition for the family, one that was strengthened when Chelsea became a mother.

“My mother and my grandmother’s purposely had always kind of brought stories of inspiring women in into my life,” Chelsea said, noting that one of her earliest memories was going with her mom taking me to see Geraldine Ferraro in 1984. “After I became a mom, we were starting to tell these stories to my children,” she continued, pointing to the evolution of the book to the docuseries.