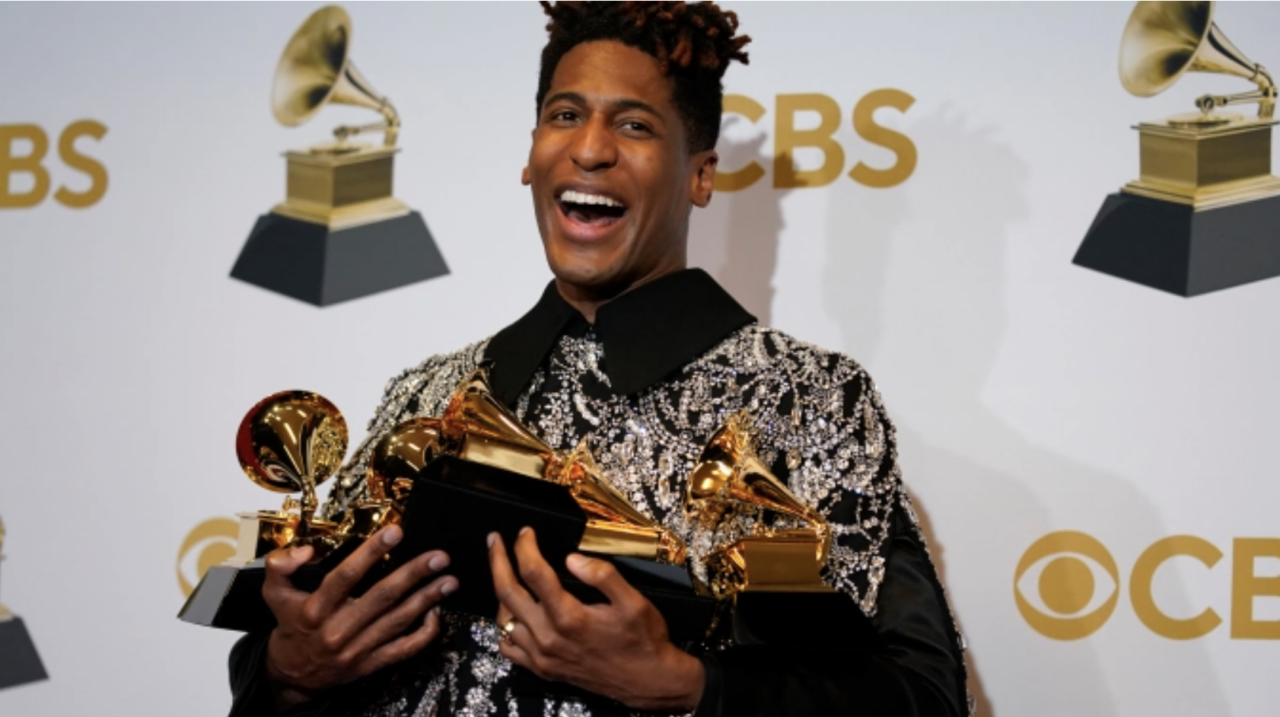 After a two-month delay, the 64th Annual Grammy Awards took place on Sunday night, live from the MGM Grand Garden Arena in Las Vegas, without a slap in sight and “keeping people’s names out of our mouths,” joked host Trevor Noah early in the night.

Jon Batiste — who was nominated for 11 Grammys — was the big winner of the night, picking up five trophies, including album of the year for “We Are.” Silk Sonic — a group featuring the collective talents of Bruno Mars and Anderson Paak — picked up four awards, including record of the year, while Olivia Rodrigo and Foo Fighters each collected three Grammy Awards.

“The creative arts are subjective. It will find the person when they need it the most. Be you!,” a moved Batiste said in his acceptance speech.

Being back in person after a virtual setting revived the Grammys with in-person performances by Lil Nas X, BTS, Silk Sonic, Lady Gaga (with a virtual introduction by Tony Bennett), Rodrigo, Batiste, Justin Bieber with Giveon and Daniel Caesar, Billie Eilish and Finneas, and more.

“Our musicians wear body armor instead of tuxedos,” he said. “We are fighting Russia, which brings horrible silence with its bombs. The dead silence. Fill the silence with your music.”

The Grammys were initially scheduled to take place on Jan. 31 at the Crypto.com Arena in Los Angeles. However, due to the omicron surge in late 2021, the event was postponed until spring and moved to the MGM Arena, which has housed the Latin Grammy Awards for six years.

The evening also shined a light on women working behind the scenes, with Eilish’s production manager Nicole Massey doing the honors introducing her performance of “Happier Than Ever”; Chris Stapleton’s tour manager Katie Wilkinson bringing him on stage; Jeanine McLean-Williams, H.E.R.’s tour manager, welcoming her artist alongside Lenny Kravitz, Jimmy Jam and Terry Lewis, with Travis Barker on drums, for a hot jam of “Are You Gonna Go My Way?”; and wardrobe supervisor Joan Lee doing the honors for Carrie Underwood.

(Excerpt) Read more and see a list of winners in: Variety