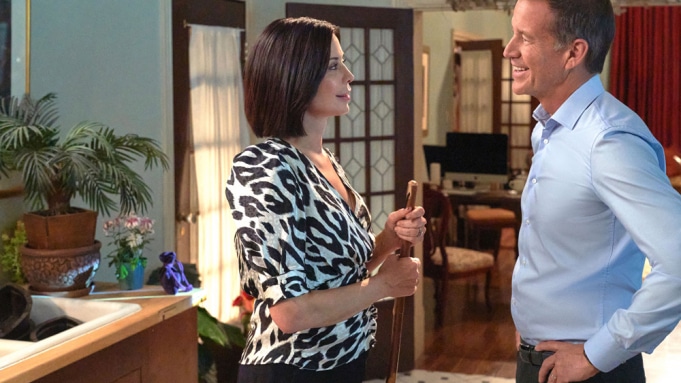 Hallmark Channel’s Good Witch will not see an eighth season. The cable channel revealed today that the series will end after the current seventh season, with the July 25 season finale serving as the series finale.

“Good Witch has enchanted viewers for over a decade with eight original movies, in addition to the seven-season series,” said Randy Pope, SVP, programming & development. “We thank our leads whose chemistry and talent made Good Witch such a beloved and uniquely special viewing experience: Catherine Bell, who has brought the inimitable Cassie Nightingale to life for 13 years, and James Denton, who as Dr. Sam Radford has added so much charm and humor to the series. We also extend our gratitude and thanks to the entire cast and crew for their dedication and hard work.”

In “The Wedding” series finale, the Merriwick cousins get ready to face the mysterious force putting their family legacy at risk while changes are in store for others. The final episode airs Sunday, July 25 at 9 PM ET/PT on Hallmark Channel.

Bell has starred as the lead character Cassie Nightingale for 13 years since her character was introduced in the 2008 original movie The Good Witch. The popularity of Cassie and her adventures in the bucolic town of Middleton led to seven more movies. In 2015, the franchise was adapted as a primetime series.

‘Red Notice’ With Dwayne Johnson, Ryan Reynolds and Gal Gadot to Premiere on Netflix in November