‘Good Morning America’ Expands To 3 Hours, ‘The Chew’ Canceled By ABC After 7 Seasons 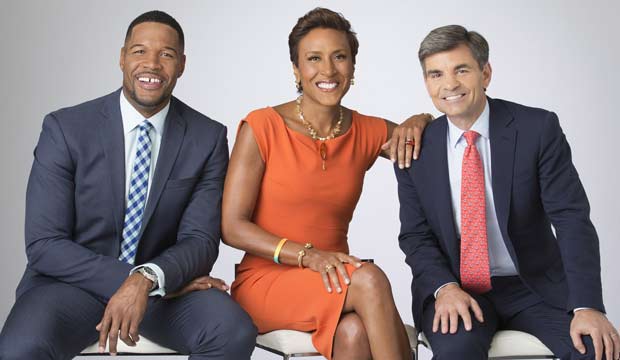 ABC News’ Good Morning America, will expand to three hours. The new third hour will air at 1 PM. EDT, noon CDT/PDT. The extra hour will replace ABC’s daytime food-themed program The Chew which, after seven seasons, 1454 episodes, multiple Emmy nominations and two Emmy Awards, will cease production at the end of this season but will continue to air as planned until September with all-new episodes airing in June.

GMA’s growth resembles NBC News’ continuous expansion of Today, which now consists of 4 hours. I hear the rationale behind the decision to replace The Chewwith GMA is that the latter is cheaper to produce and draws higher multiple from advertisers. The move will not impact Live With Kelly & Ryan, which airs at 10 AM EDT, and The View at 11 AM. Because of that, the third hour of GMA will air two hours after the third vs. one continuous block of Today on NBC.

“Over the past six years Good Morning America has solidified its place as America’s No. 1 morning show,” said Ben Sherwood, co-chairman, Disney Media Networks, and president, Disney|ABC Television. “We believe there is great opportunity for viewers and advertisers in expanding to a third hour.”

“While this is the right decision for our business, it is also bittersweet,” Sherwood added. “For seven years The Chew has delighted audiences by delivering innovative food segments in an entertaining atmosphere. We applaud and thank Gordon Elliott, Aimee Householder, Michael Symon, Carla Hall, Clinton Kelly and the entire cast and crew for their great work and amazing run. And we wish them the very best.”

In telling his staff, executive producer and The Chew show creator Elliott saluted ABC’s move into a brand-new genre seven years ago. “Before The Chew, no one had attempted a talk/food hybrid. Our hosts Clinton, Carla and Michael and the staff created television history executing the show as well as they did for all these years. I know I speak for all of the people who work on the show when I say it was the best television we have ever had the privilege to produce.”

In December, The Chew fired co-host Mario Batali following allegations of sexual misconduct against the veteran celebrity chef. Batali has been back in the news this week with more accusations surfacing against him that have triggered an NYPD investigation.

Leading the competition season-to-date, Good Morning America has been the most-watched morning newscast in the country for six consecutive years and recently won back-to-back Emmy Awards for Outstanding Morning Program.

“Good Morning America keeps finding new ways to inform and delight our audience. We recently expanded GMA through our social channels and a newly launched website. Now we will build a whole new hour of compelling content that is true to GMA;s spirit,” said James Goldston, president of ABC News.

‘Good Morning America’ Expands To 3 Hours, ‘The Chew’ Canceled By ABC After 7 Seasons

7 Movies Way Better Than They Had Any Right To Be