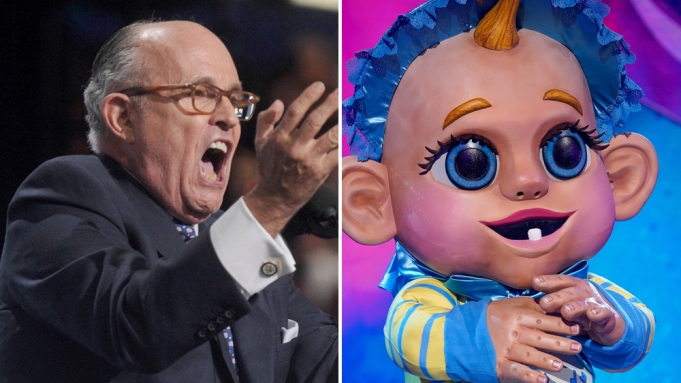 Fox is staying radio silent on a report that former New York Mayor Rudy Giuliani — more recently remembered for his part in encouraging a coup against the elected United States president on Jan. 6, 2021 — was revealed as a contestant during a recent taping of its reality competition series “The Masked Singer.” The unmasking apparently sparked outrage from some members of the show’s regular panel of judges, who perhaps weren’t fans of Giuliani trying to rehab his image on the show.

On Wednesday afternoon, Deadline reported that Giuliani was unmasked during the show’s production last week, prompting judges Ken Jeong and Robin Thicke to leave the stage in protest. According to the report, the pair eventually returned to rejoin judges Jenny McCarthy and Nicole Scherzinger to continue the taping and stage a brief discussion with Giuliani.

When asked for comment, Fox informed Variety that the production refuses to acknowledge leaks, maintaining the series’ policy against confirming “spoilers.” Giuliani’s reveal will reportedly be broadcast on an episode in March.

Nonetheless, the report has been met by an outpouring of criticism on social media. The former New York mayor had become a close affiliate of former President Donald Trump in recent years, working as Trump’s personal lawyer and promoting claims of election fraud.

This isn’t the first time that “The Masked Singer” has faced controversy for one of its reveals. In March 2020, the series unmasked Republican politician Sarah Palin, former governor of Alaska, as the Bear.