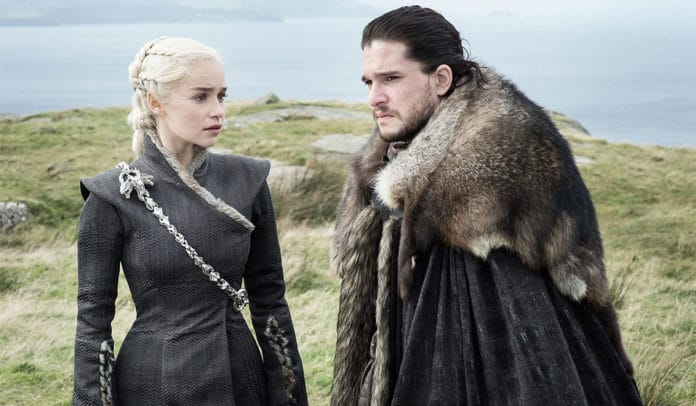 It’s been mere days since filming on Game of Thrones ended forever, and HBO is getting right back in the saddle. The Belfast Telegraph reports that shooting on the upcoming Game of Thrones prequel series will start soon.

According to Fansided, the prospective series will take place about 1,000 years before the events of Game of Thrones, and will shoot in Belfast, Ireland.

It seems like a great transition, as Game of Thrones’ production has been based out of Belfast, which allows the premium cable channel to utilize a team of production staff who are already familiar with the subject matter and source material.

On the other hand, that is a quick turnaround. But if HBO wants to get a Game of Thrones prequel on the air by 2020, it’ll have to get a move on. Also keep in mind that, so far as we know, HBO is only shooting a pilot for the prequel show; it has not yet ordered a full series. The Game of Thrones pilot famously went through heavy reshoots before it made it to air, so there could be plenty of time for retooling between when HBO shoots the pilot and when the full show debuts on TV.

But still, October…if the start date is that close, HBO may already have actors cast, or will have them cast very soon. More as it breaks.

“If we do a pilot and series, nothing is going to air on HBO until at least a year after the final season,” HBO President Casey Bloys said earlier in 2018. “We’re not doing a final season and then, ‘Following it at 11 p.m. … .’ I’ve seen some exciting material. We have really great writers working on these; it’s very exciting. But there’s no timetable.

As has been previously reported, the prequel is set to be based on the Age of Heroes era in Game of Thrones mythology.

“Taking place thousands of years before the events of Game of Thrones, the series chronicles the world’s descent from the golden Age of Heroes into its darkest hour,” a previously released HBO press release on the new series read.

“And only one thing is for sure: from the horrifying secrets of Westeros’ history to the true origin of the white walkers, the mysteries of the East to the Starks of legend… it’s not the story we think we know,” the press release continued, according to The Wrap.

There seems to be some inconsistency in when exactly the story will take place, as the new report cites 1,000 years, but HBO’s press release listed the time frame as being “thousands of years before the events of Game of Thrones.”