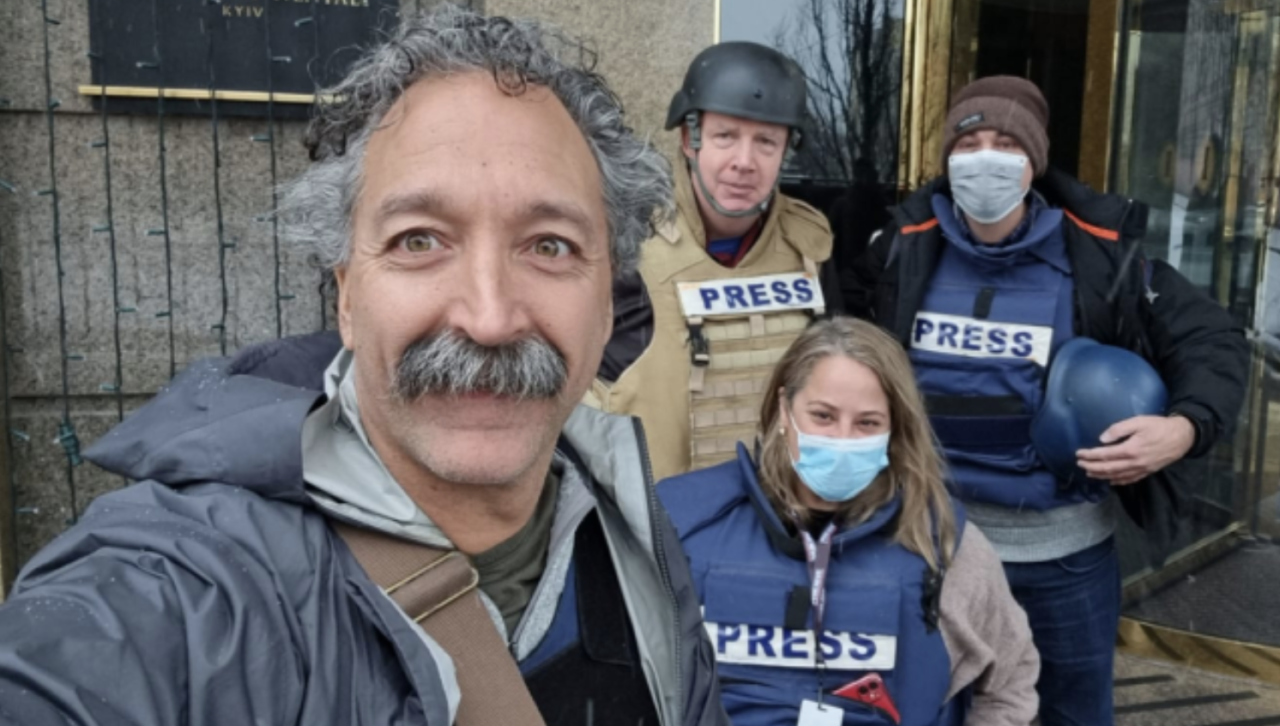 Fox News said that its cameraman, Pierre Zakrzewski, was killed in Ukraine on Monday when the vehicle he was riding in was struck by incoming fire.

Correspondent Benjamin Hall, who was with him, was injured and remains hospitalized. The incident occurred in Horenka, outside of Kyiv.

“Pierre was a war zone photographer who covered nearly every international story for Fox News from Iraq to Afghanistan to Syria during his long tenure with us,” Fox News Media CEO Suzanne Scott wrote in a memo to staffers on Tuesday.

An adviser to Ukraine’s interior minister said that Ukrainian journalist Oleksandra Kurshinova also was killed. Anton Gerashchenko had earlier posted on Telegram that they were attacked by mortar or artillery fire by Russian forces.

Zakrzewski, 55, had been working in Ukraine since February and was based in London.

“Pierre Zakrzewski was an absolute legend at this network and his loss is devastating,” anchor Bill Hemmer said on air on Tuesday.

White House Press Secretary Jen Psaki paid tribute to Zakrzewski and said, “our thoughts, our prayers are with his family, with the entire community as well.”

The network announced on Monday that Hall had been injured.

Scott wrote that Zakrzewski played a key role last year in getting Afghan freelance associates and their families out of the country after the U.S. withdrawal. He was given an “Unsung Hero” award at the annual employee Spotlight Awards.

“Today is a heartbreaking day for Fox News Media and for all journalists risking their lives to deliver the news,” Scott wrote.

The situation in Ukraine has gotten more perilous for journalists, who have fanned out across the country to cover the Russian invasion and the exodus of refugees.

On Sunday, filmmaker Brent Renaud was killed and another journalist, Juan Arredondo, was injured, when troops opened fire on their vehicle in a suburb of Kyiv. Ukrainian authorities said that they had been attacked by Russian military.

Renaud was the first U.S. journalist to be killed in Ukraine. Yevhenii Sakun, a photojournalist for EFE, the Spanish news service, was killed when the Russian army destroyed the Kyiv television tower on March 1.

Jennifer Griffin, national security correspondent for Fox News, wrote on Twitter, “Such a fine man. Such a good friend. Such a fantastic war photographer and so much more.”

Tulsi Gabbard Claims U.S. ‘Is Not So Different’ From Russia When It Comes to Censorship