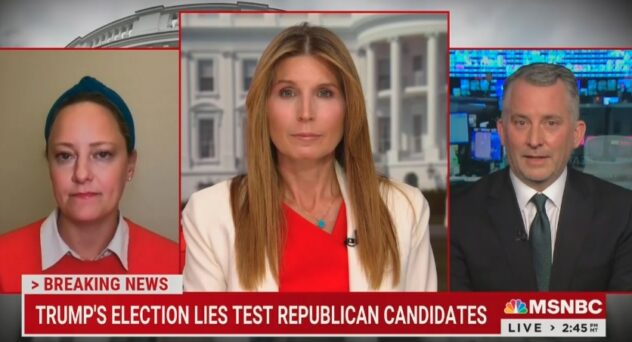 During Wednesday’s Republican Senate debate in Minnesota, moderator Hugh Hewitt began by asking the five candidates if Joe Biden won the 2020 presidential election. The responses ranged from “I don’t know” to “I do believe there was voter fraud at a massive scale across this country.”

Despite Donald Trump’s baseless allegations, the 2020 was not stolen from him. However, his hammerlock on the GOP has prompted many Republican hopefuls to publicly support his lie, either overtly or tacitly.

Host Nicolle Wallace asked Jolly who should be in charge of the “de-radicalization” of the GOP.