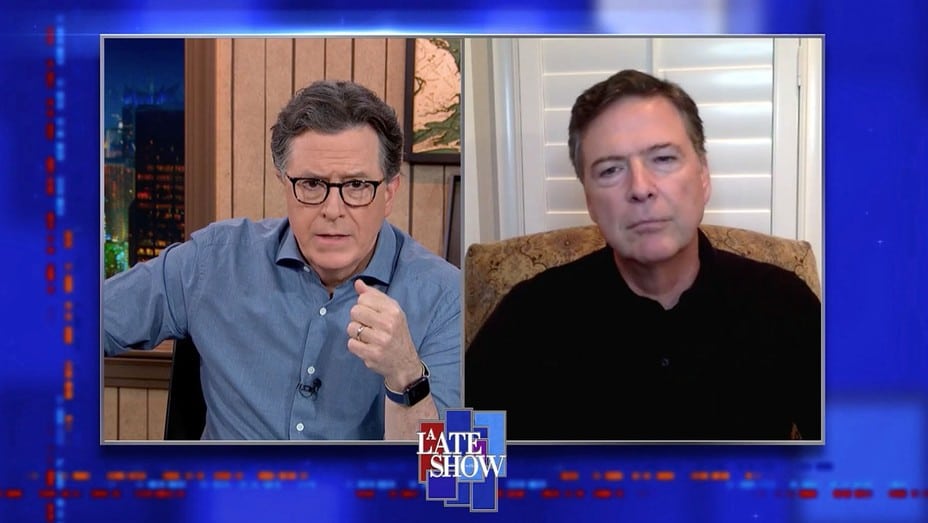 Following a press conference by the FBI and Department of Justice on Tuesday, former FBI director James Comey shared with Stephen Colbert on The Late Show his confidence that those who participated in riots in the nation’s capital last week will be caught.

Comey noted that for the FBI, they’re viewing the shocking events of last Wednesday as “a seditious conspiracy, an insurrection against the United States government.”

U.S. officials revealed during Tuesday’s press conference that the FBI warned law enforcement agencies about the potential for extremist-driven violence on the day Congress would formally meet to count the votes of the Electoral College. This contradicts earlier statements by law enforcement officials, including the Capitol police chief, who said they were unaware of security concerns leading up to Jan. 6 and had prepared for a free-speech protest.

Nearly a week after the riot, officials have been reviewing bountiful evidence to find those who participated in the riots. While most charges have been for misdemeanors so far, acting U.S. Attorney Michael Sherwin said the Justice Department has “organized a strike force of prosecutors whose only orders are to build sedition charges related to most heinous acts that occurred in the Capitol.”

“This is what the FBI does best, which is to find the people responsible and bring them to justice quickly,” Comey told Colbert. “If you were there and you participated in the attack, there’s going to be a knock on your door. You should turn yourself in now.”

When asked by Colbert to clarify who he meant — anyone who participated in the riots or specifically those who have been specified by the FBI and law enforcement agencies.

“If you went up those stairs, not even into the building, you committed a crime. If you participated in assaults on police officers, if you went inside the building, any of that, you are going to be found,” Comey said. “The bureau is a human organization with lots of flaws. One thing it does extremely well is relentlessly track people down like this.”