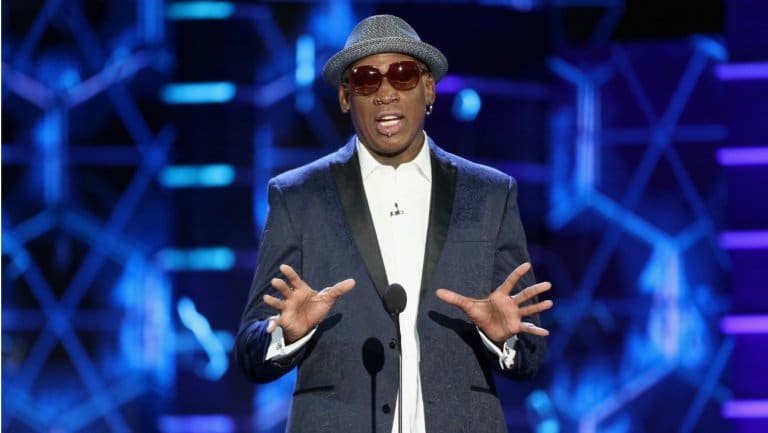 The Comedy Central Roast of Bruce Willis did not go well for Dennis Rodman.

The ex-basketball star and reality TV personality struggled through most of his time on Saturday during the taping of the roast in Hollywood.

It got particularly tense when Rodman made a joke about the North Korean leader and his pal, Kim Jong-un.

Trying to give Willis a hard time about some of his movie choices, Rodman said, “You keep making these bomb movies like Kim, but at least he is smart enough not to release his.”

That did not go over well and elicited boos.

Rodman struggled in general and apologized a number of times to the audience and guests onstage as he flubbed his lines.

“If you were to do American History X today, not only would you win the Oscar, but also a Cabinet position,” Pollak joked to Norton.

When it was Willis’ turn, he didn’t hold back, telling Norton, “You’ve rubbed more people the wrong way than Harvey Weinstein.”

Norton gave as good as he got and arguably stole the show with his Willis “character study.”

Willis closed the roast with a strong declaration: “Die Hard is not a Christmas movie!”

Asked afterward how he thought that assertion might go over with a portion of fans who insist the action pic is a holiday film since it takes place on Christmas Eve, Willis said, “We’ll see.”

The roast is set to air July 29 on Comedy Central.