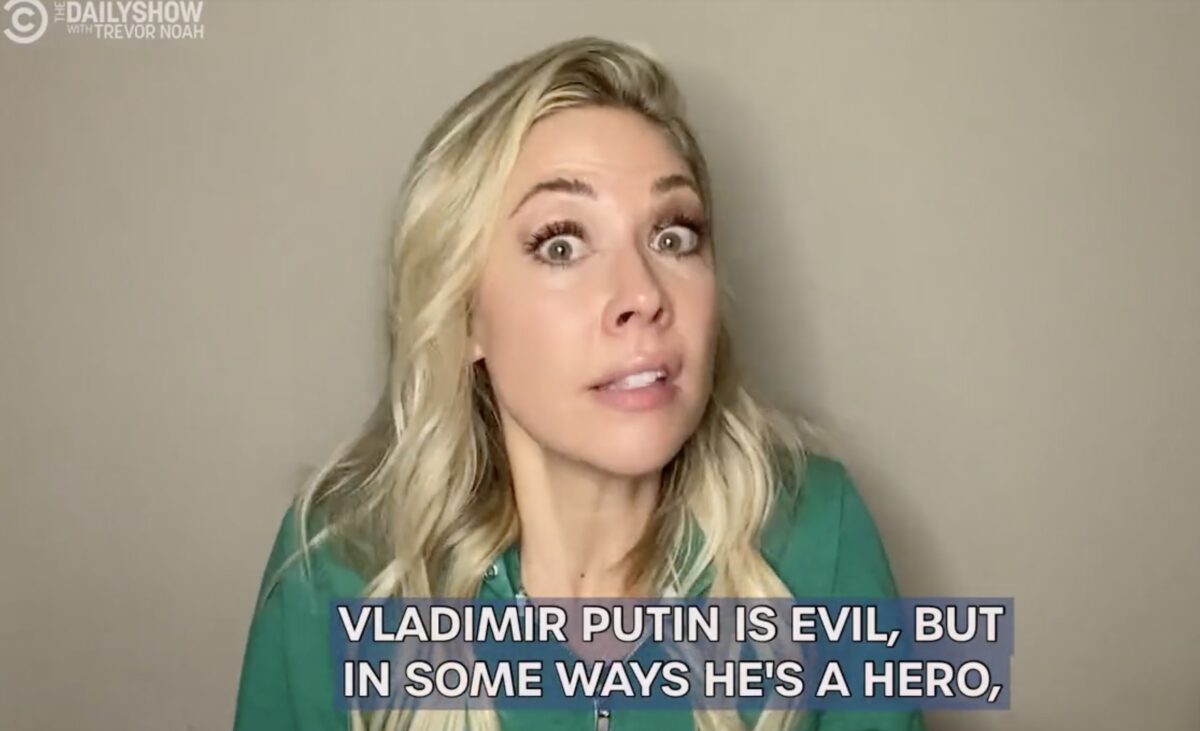 Lydic is often tasked with watching the network for hours as part of the Daily Show segment “Foxsplains,” in which the correspondent attempts to explain certain topics the way hosts and personalities do on Fox News.

In this edition of the segment, Lydic watched Fox News for a whopping 648 hours straight in order to wrap her head around the network’s take on Russian President Vladimir Putin and the ongoing invasion he launched in Ukraine.

“Russia has invaded Ukraine,” Lydic began. “Why is this happening? What does it mean? Where is Hillary Clinton’s email server!?!”

The correspondent went on to blame Putin’s decision to invade Ukraine on “Burisman, critical race genders” and “Minnie Mouse in a pantsuit.”

“Don’t believe me?” she added. “Take a look inside the gender-neutral bathroom in Hunter Biden’s laptop.”

Lydic then praised Putin as “strong,” while slamming President Joe Biden as “weak,” adding, “By the way, why are we supposed to think that Vladimir Putin is evil? He’s not the one poisoning our children with critical race theory!”

The crack is a clear reference to Fox News host Tucker Carlson’s take on the crisis, as he condemned the widespread hatred of the Russian leader, pointing to the fact that Putin has never called him “a racist.”

Lydic’s stance on Putin immediately shifted following her comment on critical race theory, which is likely another nod to Carlson’s coverage, as the host changed his tune on Russia last week.

The video then aired a clip from “seven weeks ago,” showing the correspondent gushing about Putin as a “handsome genius with a hottie’s body.”

Lydic later jokes that Ivermectin could “solve this crisis in minutes” before adding, “Vladimir Putin is evil, but in some ways, he’s a hero.”