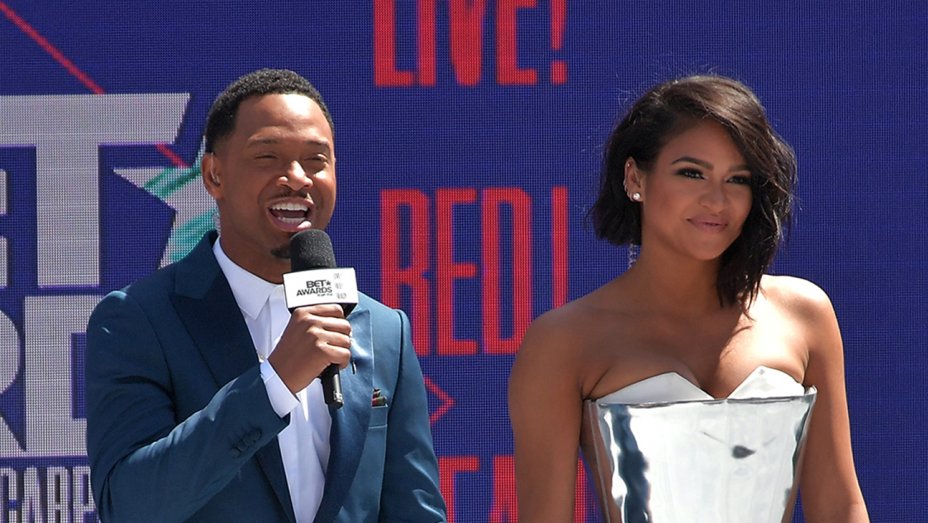 The hosts of the BET Awards preshow got a bit of a surprise on Sunday night.

The live preshow, hosted by Terrence J and Cassie, was interrupted by cops during its final moments.

As Terrence J and Cassie were doing interviews, security personnel appeared onscreen in front of the camera asking those involved in the production to move.

Cassie then made a quip about her dad being a firefighter. Viewers also confused about what was happening, leading many to ask whether the shutdown was staged.

(Excerpt) Read More & See a Clip at: The Hollywood Reporter

Kanye Talks About Slavery As A ‘Choice’ And Pro-Trump Comments