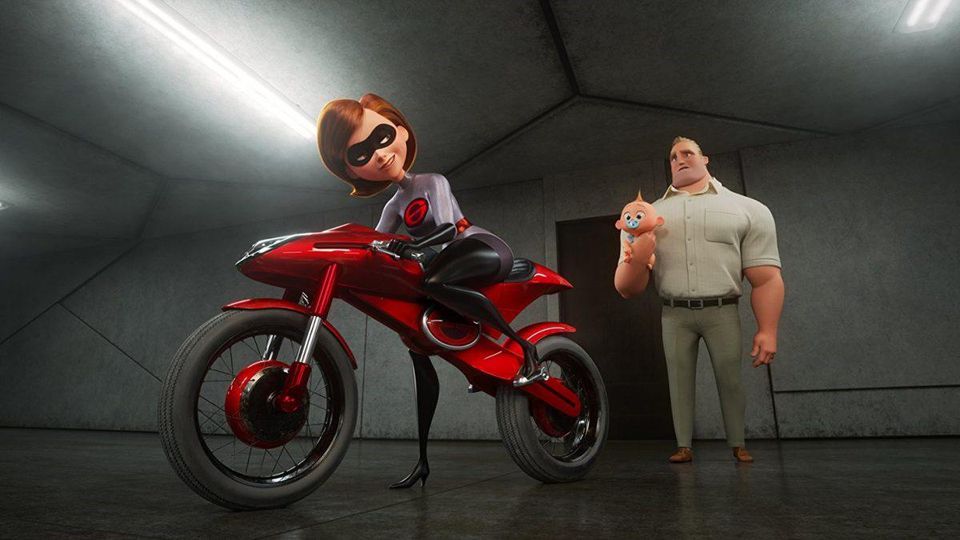 Pending the final figures, Walt Disney’s Incredibles 2 has probably been inducted into the $100 Million Loser Club. For those who haven’t kept up with the reading, the $100m loser club is when a movie makes $100m (or more) less on its second weekend than it does on its opening weekend. This isn’t exactly a high insult, as you must open darn huge to get into this situation in the first place. Because Incredibles 2 opened with $182.6m last weekend and then made “only” $80.9m this weekend, it gets to be the first animated movie to join the club. So… uh… congrats?

Anyway, Incredibles 2 took a hit from Jurassic World: Fallen Kingdom’s boffo opening and had to settle for the seventh-biggest second-weekend gross of all time. The $200m+ Pixar flick has still earned $350m in ten days, which is the seventh-biggest ten-day total of ever, between Beauty and the Beast ($318m) and The Last Jedi ($368m). For what it’s worth, the $80.9m Fri-Sun gross is the second-biggest gross ever for a film that didn’t top the weekend box office. Ironically the record holder is the $90m opening weekend of Pixar’s Inside Out against the $106m-grossing second weekend of Jurassic World three years ago.

It took a bigger drop (-56%) than I expected, but Fallen Kingdom also opened on the high end of realistic expectations. While Finding Dory and Toy Story 3 both dropped 46% on weekend two, Incredibles 2 is right in line with DreamWorks Animation’s Shrek the Third (-57% against the Memorial Day weekend debut of Pirates of the Caribbean: At World’s End) and Universal/Comcast Corp.’s Minions (-57% against the opening weekend of Ant-Man and Trainwreck). It’s not like the movie is courting disaster. Cars 3, Minions and Shrek 3 earned around 1.54-1.58x their respective ten-day grosses, which would give Incredibles 2 a sad/shameful $540m-$550m domestic cume.

Heck, Cars 2 fell 60% in its second weekend and eventually earned 1.63x its ten-day total for a $191 million cume, a comparison that would put Incredibles 2 over $570m. With numbers this big and two massive flicks opening back-to-back, there is plenty of wiggle room. A $183m debut weekend means that a lot of demand was met, and I imagine repeat viewership might kick in over the long holiday (which is why Ant-Man and the Wasp is waiting until July 6 instead of launching on the 4th). The flick may not be the year’s third $600m+ grosser.

Of course, with numbers this big and a whole summer left to kick butt, I’m the only one who cares about these trivialities. It earned another $57 million overseas this weekend, including $21.2m in China, a record bow over there for a Pixar flick. That brings its overseas cume to $134m and its global total to $485m worldwide. So it’ll be over $500m worldwide by tomorrow, with plenty more gas in the can (especially if it legs it out in China as occasionally happens with animation).