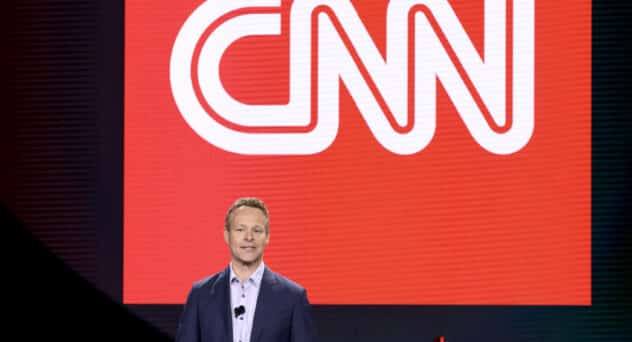 Swisher asked about the competition late-night shows bring to a network like CNN during the conversation.

“Colbert is very influential in news,” Swisher said, speaking of the show Licht used to produce. “Could you inform a broader audience there than you could at CNN? My sons don’t watch CNN. They watch John Oliver, and that’s where they get their news.”

“But it’s not news,” Licht insisted.

“But it is, it’s a point of view and it’s pretty smart,” Swisher said.

“It’s point of view. But I think we’re offering something different. And I think, there are certainly elements of that kind of delivery, right? Not necessarily comedy, but, if you look at someone like John Oliver or Bill Maher… it’s informed perspective programming that allows you to make your own decisions. And if we’re able to talk about really polarizing topics in a way that those guys can — then I think that also makes us different,” Licht replied.

Swisher asked if CNN would produce a late-night show to bring competition to shows like Fox News’ Gutfeld!

“I would call him — just an entertaining show. I would not call him a late-night show,” Licht said firmly. “As someone who worked on a late-night show and knows what goes into that, I wouldn’t put it in the same category.”

“He beat Colbert, but go ahead,” Swisher said referencing reports that Gutfeld got more average total viewers than Colbert back in August.

“Are we gonna get into this conversation?” Licht replied, almost combatively. “That’s not true.”

Although Gutfeld’s show airs later, it’s not a traditional late-night show as it begins 30 minutes earlier than Colbert on the East Coast and at 10 p.m. central and 8 p.m. on the West Coast as the show airs live across the country.