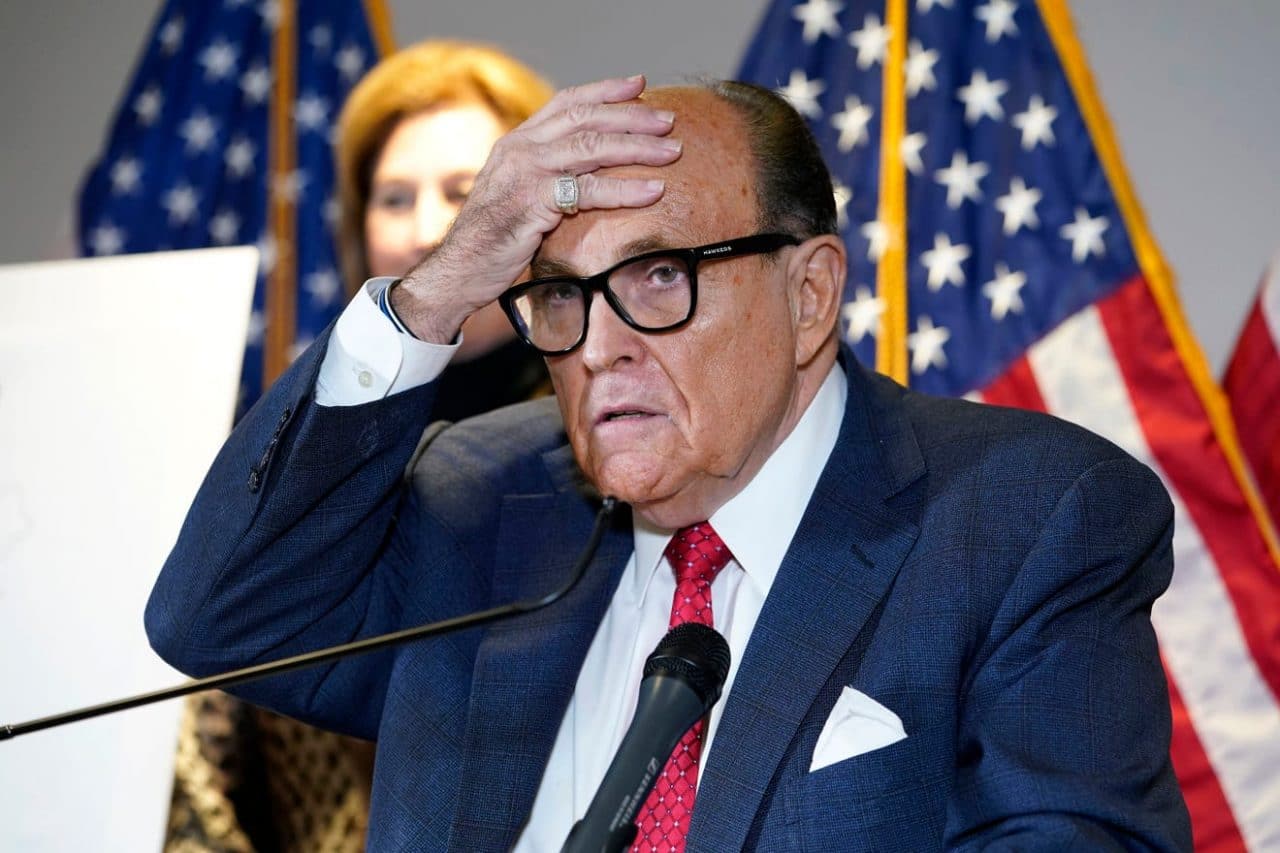 CNN on Monday reported that it had obtained a 2019 phone call in which Trump ally Rudy Giuliani can be heard pressuring a Ukrainian senior official to open an investigation into conspiracy theories about then-Democratic presidential candidate Joe Biden, appearing to imply that U.S.-Ukrainian relations would improve if such a request was granted.

According to CNN, the 40-minute phone call took place in July 2019 between Giuliani, U.S. diplomat Kurt Volker and Andriy Yermak, a senior adviser to Ukrainian President Volodymyr Zelensky. The call occured before Trump’s call to Zelensky later that month, which later became the center of his first impeachment.

Giuliani can reportedly be heard saying in the phone call, “All we need from the President [Zelensky] is to say, I’m gonna put an honest prosecutor in charge, he’s gonna investigate and dig up the evidence, that presently exists and is there any other evidence about involvement of the 2016 election, and then the Biden thing has to be run out.”

Giuliani can also be heard saying that “somebody in Ukraine’s gotta take that seriously,” CNN reported.

Giuliani repeatedly pressed for an investigation to be opened during the phone call, at one point appearing to suggest that a public announcement of an investigation would result in a U.S. visit for Zelensky and improved U.S.-Ukrainian relations.

“That would clear the air really well,” Giuliani said, according to CNN. “And I think it would make it possible for me to come and make it possible, I think, for me to talk to the President [Trump] to see what I can do about making sure that whatever misunderstandings are put aside. … I kinda think that this could be a good thing for having a much better relationship.”

The Hill has reached out to Giuliani’s office for comment.

During the call, Zelensky’s adviser, Yermak, attempted to steer the conversation to other diplomatic topics such as a state visit for the Ukrainian president, CNN noted.

“I’m absolutely sure that as soon as the dates of the President Zelensky’s upcoming visit to United States will be confirmed, I am ready to be personally assume control of the preparation,” Yermak said.

The fixation that former President Trump and his allies had on facilitating a Ukrainian investigation into the ties President Biden and his son Hunter Biden had to Ukraine was what ultimately led to his first impeachment in 2020. Trump was impeached by the House on charges of abuse of power and obstruction of Congress but was later acquitted by the Senate.