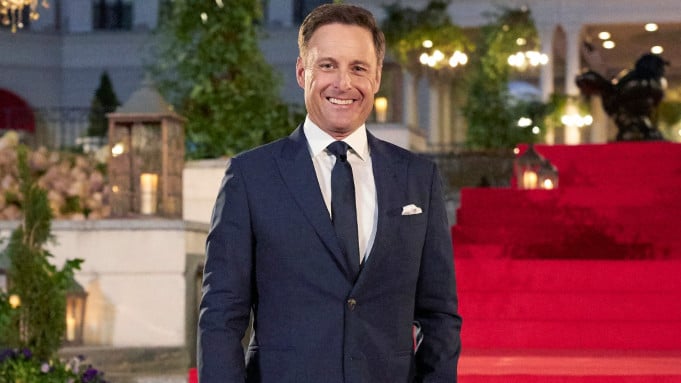 Chris Harrison has officially parted ways with The Bachelor franchise.

After stepping aside during the controversial 2021 season of The Bachelor, the host and producer — who has served as the face of the hit ABC and Warner Bros. TV franchise since 2002 — has exited his veteran role upon reaching a confidential settlement and reportedly big payday, The Hollywood Reporter has confirmed.

“I’ve had a truly incredible run as host of The Bachelor franchise and now I’m excited to start a new chapter,” Harrison said on Instagram, captioning a photo from the show. “I’m so grateful to Bachelor Nation for all of the memories we’ve made together. While my two-decade journey is wrapping up, the friendships I’ve made will last a lifetime.”

Warner Bros. and ABC added in a joint statement: “Chris Harrison is stepping aside as host of The Bachelor franchise. We are thankful for his many contributions over the past 20 years and wish him all the best on his new journey.”

The news comes one day after the premiere of the 17th season of The Bachelorette and amid an unsettled time for the reality dating series, which has been without its host since early February. Harrison announced that he was stepping aside from his role following an interview where he defended Rachel Kirkconnell — the front-runner of the then-airing historic season of The Bachelor with first Black Bachelor Matt James — when racially offensive behavior in her past resurfaced. Harrison offered two social media apologies following the Feb. 9 interview, including the announcement that he was taking an indefinite hiatus after consulting with ABC and Warner Bros. “I am dedicated to getting educated on a more profound and productive level than ever before. I want to ensure our cast and crew members, to my friends, colleagues and our fans: This is not just a moment, but a commitment to much greater understanding that I will actively make every day,” he vowed.

Former Bachelorette leads Tayshia Adams and Kaitlyn Bristowe were later tapped to step in as his replacements for Katie Thurston’s Bachelorette season, which premiered on Monday night. Bachelor in Paradise, meanwhile, is the next cycle to head into production and returns with its seventh season mid-August. The summer spinoff will reportedly be filling Harrison’s role with a rotating roster of guest hosts, with names including celebrity superfan David Spade having been recently reported. ABC, Warner Bros. and Harrison’s attorney, Bryan Freedman, declined to comment on the reports when reached by The Hollywood Reporter at the time, as the behind-the-scenes negotiations about Harrison’s future with the franchise remained ongoing.