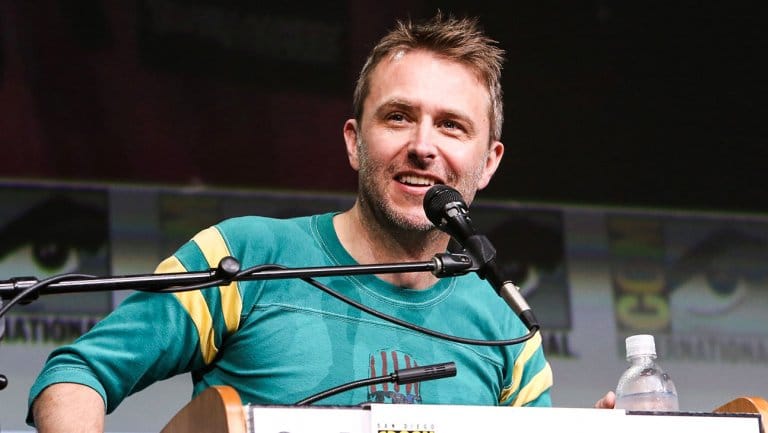 Chris Hardwick teared up and got emotional on Sunday night’s episode of Talking Dead as he obliquely addressed the abuse allegations made against him and thanked “the Walking Dead community” for supporting him.

Hardwick was dropped from hosting AMC’s The Walking Dead after show after abuse allegations surfaced in an essay by his ex-girlfriend Chloe Dykstra. Following an investigation by AMC, Hardwick was reinstated. Dykstra revealed that she chose not to participate in the investigation  and did not want to sabotage his career as “I do not believe in an eye for an eye.”

“Hi. Uh, you know, normally I recap the show we’re about to talk about here, but instead I really just want to take a minute, and I want say that I am so appreciative to be standing here right now and I want to thank you, the Walking Dead community, for all of your support these last couple of months,” a clearly emotional Hardwick said as he opened the show.

“You know, this show is not just a job to me, this is — this is a vital part of my life, and this has been like a sanctuary these last seven years we’ve been here,” he said. “This has been with me through good times and bad times and I have so much gratitude to you, the fans, and the producers, and the amazing casts of both of these shows, you know, for allowing me to come here and be a part of this community every week. This is what this is. This a community.”

He added: “And we’re on the precipice of a lot of changes on both Walking Dead shows in the coming weeks and months, and I am so looking forward to going on that journey with you. And I’ve said the following words a million times, countless times, and yet I have never been more thankful than I am in this moment to say to you: I am Chris Hardwick and this is Talking Dead.”

Dykstra never directly identified Hardwick in her original essay, but she described being in a relationship with a high profile man, alleging that during their relationship the man had sexually assaulted her, imposed restrictive rules on her and triggered an eating disorder.