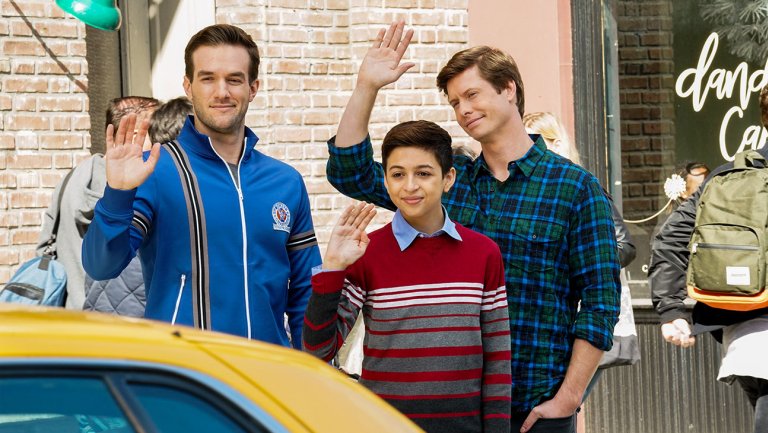 Champions will not cross another finish line at NBC.

The network has opted to cancel the comedy from writer and exec producer Mindy Kaling after one season. Sources say the SVOD partner, Netflix, passed on picking up the family comedy for a second season, but will continue to carry the show internationally after its June 12 streaming debut. Producers Universal Television, where Kaling is under an overall deal, are said to be in discussions to find a new home for Champions. It’s unclear if Hulu, which has in-season stacking rights to the comedy starring Anders Holm, is among the destinations being discussed for the series. Hulu previously rescued Universal TV-produced The Mindy Project after Fox’s cancellation.

Champions revolved around Vince (Holm), a charismatic gym owner with no ambition who lived with his younger brother Matthew (Andy Favreau), a gorgeous idiot. Their simple life of women and working out is put on hold when Vince’s teenage son is dropped off on their doorstep by Priya (Kaling, who recurred), one of his old high school flings.

Champions, which premiered in March and wrapped its run in May, is among the comedies that have struggled to perform as part of NBC’s Thursday night comedy block. Of them, Champions was perhaps the worst. Even with live-plus-seven-day lifts, it could only muster a 0.7 rating among adults 18-49 and 2.4 million viewers over its 10-episode freshman run. That made it the lowest-rated NBC series of the 2017-18 season and one of the five worst performers across all of the Big Four.