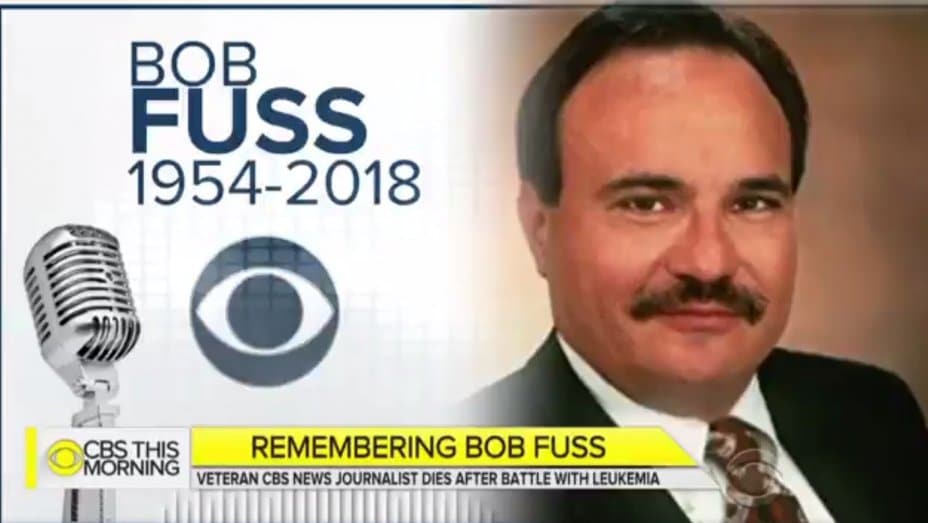 Bob Fuss, the inspirational reporter for CBS Radio and United Press International who forged a long, outstanding career in journalism despite being forced to use crutches since birth, has died. He was 64.

Fuss was born “with a whole range of birth defects similar to spina bifida,” and his parents were told he was unlikely to live past childhood, he wrote in his 2015 autobiography, Kidnapped by Nuns and Other Stories of a Life on the Radio, but that did not stop him from working or enjoying life. He described himself as “a busy and active kid” who “never let anything slow me down.”

Fuss covered every presidential election from 1980 to 2012 for CBS News, served as the radio network’s Capitol Hill reporter for more than two decades and was a fixture on the entertainment beat, covering 15 straight Academy Awards, starting with his stint at UPI in Los Angeles.

Fuss was “a reporter’s reporter, a trusted, unselfish and immensely well-liked colleague, but most important a gentle soul,” former CBS News Radio GM Michael Freedman said. “He set the bar for network radio correspondents through his accurate and fair writing and reporting.”

The good-natured Fuss skipped several grades in elementary school, entered Stanford University at age 16 and graduated three years later. He aspired to be an attorney but changed his mind after working at the campus radio station, where his classmate, Pete Williams, now NBC News’ justice correspondent, introduced him to broadcasting.

Fuss broke into radio reporting in 1974 as a freelancer covering the Patty Hearst saga for UPI. He covered countless stories for the wire service, including the 1985 Mexico City earthquake.

In December 1999, Fuss came up with the idea to travel to the Kingdom of Tonga, the first place to welcome the turn of the century, and then quickly head to Samoa on the other side of the international dateline so he could broadcast from the last place to enter the new millennium. Fuss described the journey as “altogether a great boondoggle” in his book.

He wrote Kidnapped by Nuns following his retirement from CBS News in 2014. The title riffs on his experience covering Pope John Paul II’s 1979 trip to Mexico.

While waiting for his UPI colleagues to arrive at a papal appearance, Fuss was escorted away by some well-meaning nuns who thought he was there to join a group of disabled people awaiting a papal blessing. For years, those who met him for the first time often asked if he was the guy who had been “kidnapped by nuns.”

The barrel-chested Fuss also enjoyed whitewater rafting on the Colorado and Zambezi rivers, hiked glaciers and used a device called a “mono ski” to glide through the slopes of Colorado. He took a boat trip on the Amazon, canoed the waters off Panama and traveled to see the Northern Lights and polar bears in Canada.

In a 2015 CBS Radio interview with Dan Raviv, Fuss said: “In my approach to life, I’ve never thought of myself as a disabled person. If you were to ask me to describe myself, that word would come way down the list.”