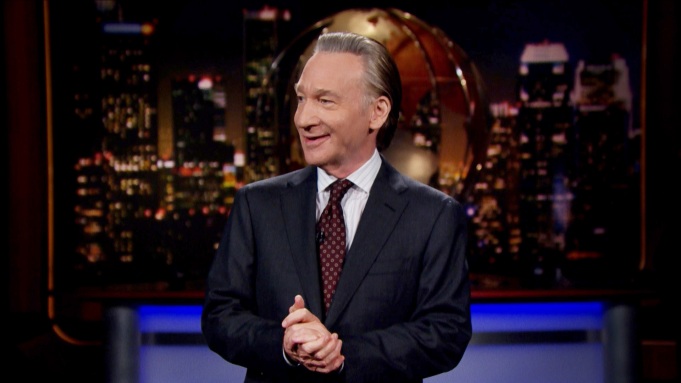 Things are strange this Halloween season, according to host Bill Maher on tonight’s HBO episode of Real Time.

Because of the pipeline backups and product shortages, “This year I’m trying to get kids to put toilet paper on my house,” Maher joked.

Maher also found it strange that former Trump press secretary and Radical Nation author Sean Spicer wouldn’t agree with him on whether the 2020 election was stolen. Spicer was prepared for a hostile interview from the start, as his body language gave away. Maher noted, “You have your book over your nuts. Don’t worry, this is not a hostile interview.”

Sounding the theme that the nation needs to come together, Maher acknowledged there are disagreements between conservatives and liberals. But he still chided Spicer for his obstinance on certain points, like whether Biden’s “Build Back Better” is a solid financial program that will ultimately be largely beneficial to the country.

Spicer, of course, disagreed, asking how we can spend $3.5 trillion and not know what we’re spending it on, as is the case in an 1800-page bill.

“(Republicans) were saying the same thing about Obamacare,” Maher countered, then gamely though weakly tried to defend a few of the positive points allegedly contained in the framework.

Moving on to the panel discussion, Maher was largely in agreement with Atlantic staff writer and author Caitlin Flanagan and Delaware Democratic Sen. Chris Coons.

The Senator claimed that Biden’s claim of a framework was true, and that plans to raise corporate tax rate minimums, install new surcharges on millionaires and billionaires, and add greater IRS enforcement would raise more money than the bill spends.

The big winner in the Biden bill framework funding appears to be climate change, and the panelists seemed relieved that something was going to be done about climate problems beyond mere words.

But in the country beyond the Beltway of Washington, they acknowledged that there’s trouble for Democrats in the Virginia election, as former Gov. Terry McAuliffe appears to be blowing the election, thanks to his infamous statement that parents shouldn’t tells schools what to teach.

“There’s nothing more incendiary” than parents watching teachers instruct students in things they don’t want them to teach, Flanagan, herself a former teacher, said. “It was just such a stupid thing to say (by McAuliffe).”