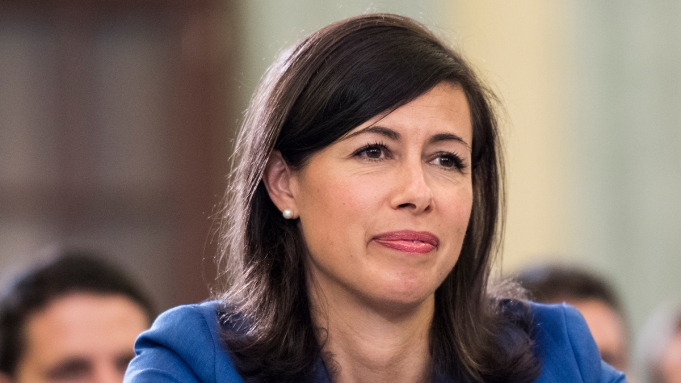 President Biden on Tuesday officially designated Jessica Rosenworcel, who has been acting FCC chair since January, to be the permanent head of the telecommunications agency.

The appointments would give Democrats a 3-2 advantage among FCC commissioners. Both Rosenworcel and Sohn are net neutrality supporters, indicating the agency will move forward to restore the FCC’s Open Internet order that was revoked under the Trump administration.

Among other appointments, Biden nominated Mozilla Foundation adviser Alan Davidson to be assistant secretary for communications and information at the Commerce Dept.’s National Telecommunications and Information Administration (NTIA) and Kathi Vidal, currently managing partner of Winston & Strawn’s Silicon Valley office, to be under secretary for intellectual property and director of the U.S. Patent and Trademark Office (USPTO).

Rosenworcel, who has served as an FCC commissioner since 2012, has worked to “promote greater opportunity, accessibility and affordability in our communications services in order to ensure that all Americans get a fair shot at 21st century success,” the White House said in announcing her appointment as agency chair. While Rosenworcel would be the first woman to serve as permanent chair, former FCC commissioner Mignon Clyburn briefly served as acting chair in 2013 under President Obama.

In addition to her support for net neutrality, Rosenworcel, 50, during her tenure at the FCC has led efforts to expand broadband access to poor and rural communities and students, as well as fought to combat illegal robocalls and enhance consumer protections. Prior to joining the FCC, Rosenworcel served as senior communications counsel for the U.S. Senate Committee on Commerce, Science, and Transportation, under the leadership of Sens. John D. Rockefeller IV and Daniel Inouye. Before entering public service, she practiced communications law.

“I am deeply humbled to be designated as Chair of the Federal Communications Commission by President Biden,” Rosenworcel said in a statement. “It is an honor to work with my colleagues on the Commission and the agency’s talented staff to ensure that no matter who you are or where you live, everyone has the connections they need to live, work, and learn in the digital age.”

Sohn, for her part, most recently served as distinguished fellow at the Georgetown Law Institute for Technology Law & Policy and a senior fellow and public advocate at the Benton Institute for Broadband & Society. From 2013-16, she served as counselor to former FCC chairman Tom Wheeler, and from 2001-13 was co-founder and CEO of Public Knowledge, a communications and technology policy advocacy organization.

‘Succession’ Renewed for Season 4 by HBO