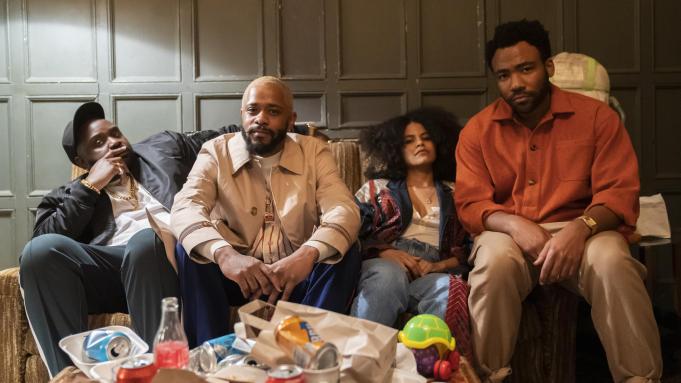 Atlanta‘s fourth season will be its last, FX chairman John Landgraf revealed during an executive session on Thursday.

News of the comedy’s fourth and final season comes a little more than a month before season three is set to drop on FX on March 24.

“After a four year absence, we’re graced with the return of Atlanta. Donald Glover and his team have shot the final two seasons of the series,” Landgraf said. The 10-episode third season marks the first time Atlanta will be available for in-season streaming on Hulu.

He continued, “The fourth and final season is slated to debut in the same manner in the fall. The new season is everything you’d expect from Atlanta – which is to say expect the unexpected. Sit back and enjoy the trip.”

Taking place almost entirely in Europe, Season 3 finds Earn (Donald Glover), Alfred / Paper Boi (Brian Tyree Henry), Darius (LaKeith Stanfield) and Van (Zazie Beetz) in the midst of a successful European tour, as the group navigates their new surroundings as outsiders, and struggle to adjust to the newfound success they had aspired to.