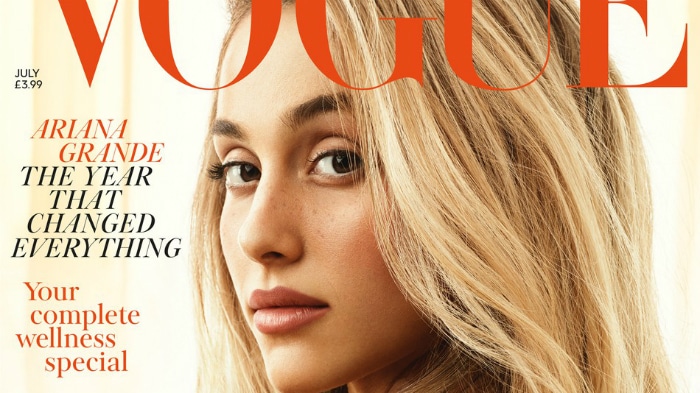 Ariana Grade revealed that she suffered anxiety and PTSD one year after a bomb was detonated at a concert she headlined in 2017 at the Manchester Arena in Machester, England.

In a new interview with British Vogue, the singer remarked about the emotional and difficult journey she has been on after a suicide bomber detonated an explosive as people were exiting, killing 22 people and himself as well as injuring hundreds.

The singer had just finished her concert on May 22, 2017, when a suicide bomber detonated an explosive device.

The attack killed 22 people and injured 59.

Grande reportedly suffered dizziness and anxiety after the event. “That’s what everyone was telling me. It’s hard to talk about because so many people have suffered such severe, tremendous loss. But, yeah, it’s a real thing. I know those families and my fans, and everyone there experienced a tremendous amount of it as well,” she remarked to British Vogue.

Ariana Grande reportedly cried for days and met with every victim’s family after the attack on her concert in Manchester last year. And she almost considered never singing her songs again. In a new interview with the Big Questions podcast, Ari’s manager Scooter Braun opened up about the trauma Ari endured after the Manchester attack, and shared that she didn’t think she could sing her songs ever again.

“I think a lot of people have anxiety, especially right now, My anxiety has anxiety,” Grande told the magazine. “No. I’ve always had anxiety. I’ve never really spoken about it because I thought everyone had it, but when I got home from tour it was the most severe I think it’s ever been.”

Speaking of her PTSD, Grande said, “It’s hard to talk about because so many people have suffered such severe, tremendous loss. But, yeah, it’s a real thing.”

Grande says that she suffered acute anxiety after completing her 2017 tour, but went straight into the studio to record her new album.  Grande went into the studio as a way to deal with the tragedy and began working on her fourth studio album titled “Sweetener,” which features the hit single “No Tears Left to Cry.”

She also broke up with rapper Mac Miller after two years as a couple and began dating Saturday Night Live Star Pete Davidson. The couple’s relationship heated up quickly as the singer shared several sweet photos with the comedian on her Instagram page.

Grande said of her new love in an Instagram caption, “I thought u into my life. Woah! look at my mind” after Davidson posted the first official pic of the couple together on his Instagram wearing Harry Potter robes with the caption, “The chamber of secrets has been opened.”

Davidson has also been open about his own struggle with mental illness and his diagnosis of bipolar disorder. He defended his relationship with Grande and spoke of how good they are together on his Instagram story, as reported by Self. The comedian stated, “I’ve been hearing a lot of ‘people with BPD can’t be in relationships’ talk. I just wanna let you know that’s not true. Just because someone has a mental illness does not mean they can’t be happy and in a relationship. It also doesn’t mean that person makes the relationship toxic.”