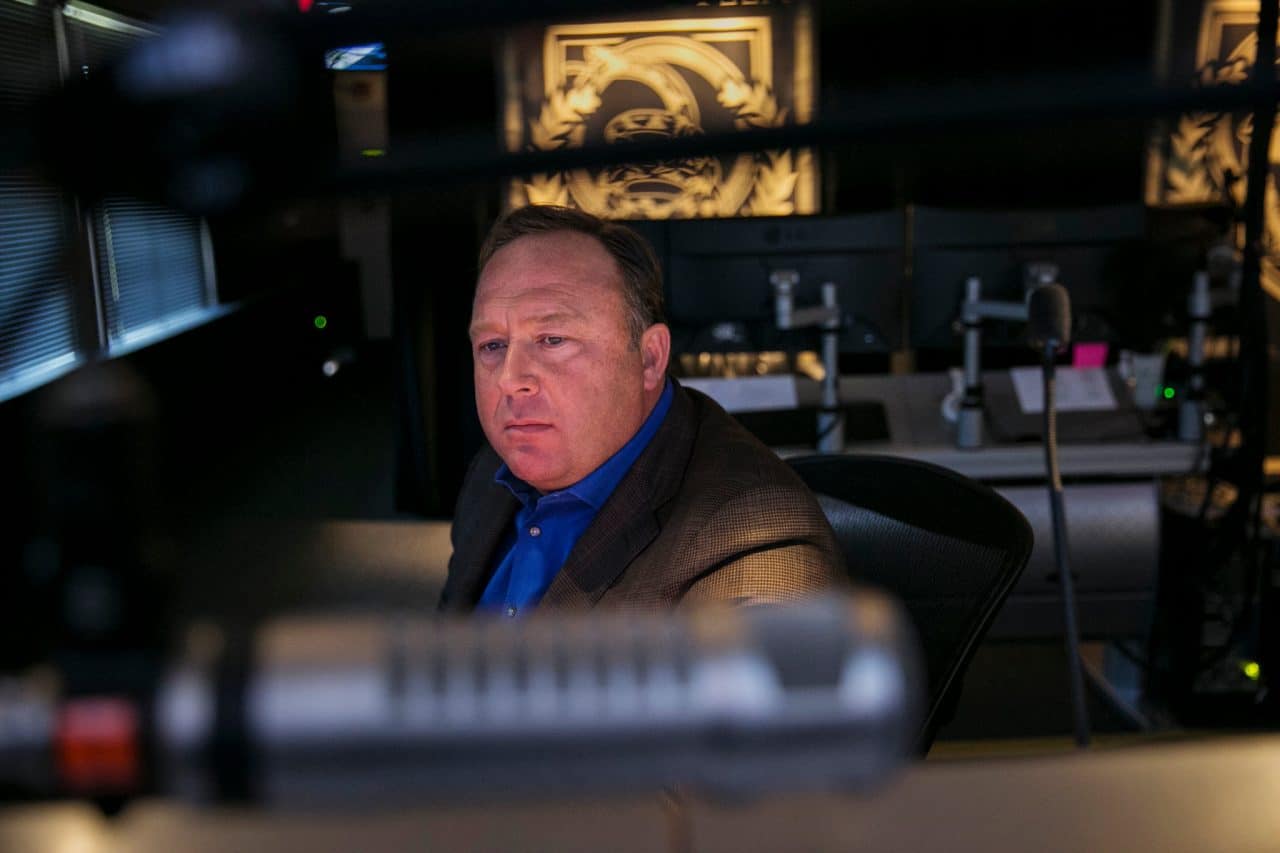 Top technology companies erased most of the posts and videos on their services from Alex Jones, the internet’s most notorious conspiracy theorist, thrusting themselves into a fraught debate over their role in regulating what can be said online.

Apple, Google, Facebook and Spotify severely restricted the reach of Mr. Jones and Infowars, his right-wing site that has been a leading peddler of false information online. Mr. Jones and Infowars have used social media for years to spread dark and bizarre theories, such as that the Sandy Hook school shooting was a hoax and that Democrats run a global child-sex ring. Apple made its move on Sunday and the others followed on Monday.

The actions, one of the tech companies’ most aggressive efforts against misinformation, highlighted a difficult dilemma for their businesses. They have long desired to combat misinformation online, but they have also been reluctant to be arbiters of truth.

But since a rise of misinformation online around elections, such as the 2016 presidential vote, the tech companies have faced increasing calls from lawmakers and the news media to address their role in that spread of false information and a related increase in partisan divisions. The tech companies have recently stepped up enforcement — but that has led to accusations of political bias, largely from conservatives.

The moves over the last two days helped fuel that debate. “Whether you like @RealAlexJones and Infowars or not, he is undeniably the victim today of collusion by the big tech giants,” Nigel Farage, a British conservative politician, said on Twitter. Mr. Farage helped lead the successful campaign for the country to leave the European Union and has been interviewed by Mr. Jones. “What price free speech?”

Apple on Sunday removed five of the six Infowars podcasts on its popular Podcasts app. Commenting on the move, a spokeswoman said, “Apple does not tolerate hate speech.”

Facebook, Spotify and Google’s YouTube site, which removed some Infowars content last week, followed with stronger measures on Monday. Facebook removed four pages belonging to Mr. Jones, including one with nearly 1.7 million followers as of last month, for violating its policies by “glorifying violence” and “using dehumanizing language to describe people who are transgender, Muslims and immigrants.” Facebook said the violations did not relate to “false news.”

Robert Redford is Retiring From Acting