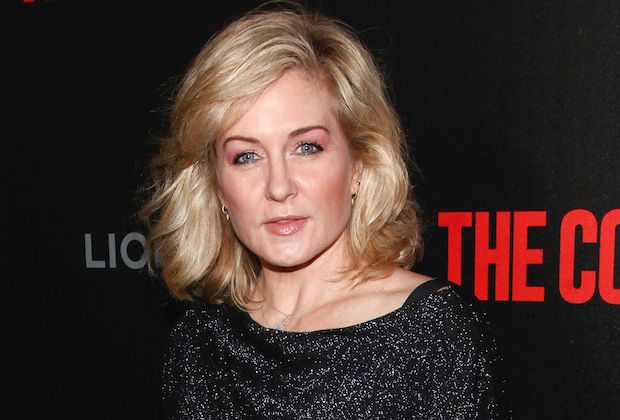 Amy Carlson is returning to the CBS fold, three years after Blue Bloods brutally blindsided its viewers with the gradual reveal that her character, Linda Reagan, had been killed off, off-screen.

Carlson is set to recur during Season 2 of FBI: Most Wanted as Jackie Ward, a veteran bounty hunter who has previously crossed paths with Julian McMahon’s Jess. Per our sister site Deadline, Jackie is described as “a force of nature” and “good at her job,” but a “thorn in the [FBI] team’s side.”

It was in September of 2017, during Blue Bloods‘ Season 8 premiere, that viewers gradually gleaned that Danny Reagan had been tragically widowed months earlier, when wife Linda, a nurse, was killed in a Medevac crash. Carlson’s off-camera exit nonetheless ranked among TV’s 100 Most Shocking Deaths Ever.

Since parting ways with that CBS procedural, Carlson has had roles on NBC’s The Village and Netflix’s The Society, whole her previous TV credits include Law & Order: Trial by Jury (which like CBS’ FBI franchise was sired by Dick Wolf), Third Watch and Another World.