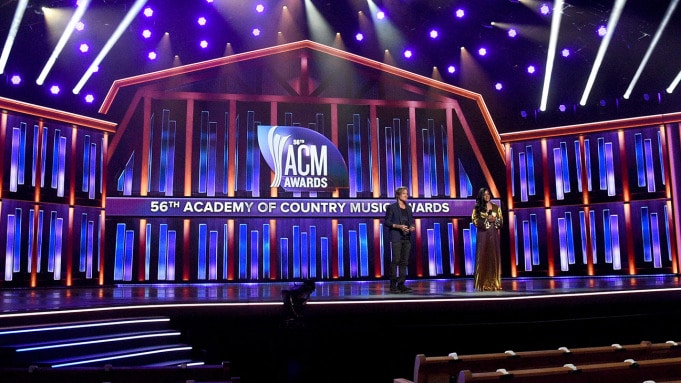 Amazon is getting into the awards show business.

The tech and retail giant’s Prime Video streaming platform will stream the Academy of Country Music Awards live in 2022. The awards, produced by MRC’s Dick Clark Productions, are moving to the streamer from their long-time home at CBS, which has aired ACM Awards since 1998.

“We’re excited to continue to expand our content offerings for Prime Video customers by being the exclusive home for the Academy of Country Music Awards in 2022 and honoring the best in country music,” said Vernon Sanders, co-head of television at Amazon Studios. “Reaching this milestone with our partners at the Academy of Country Music and MRC as the first major awards show to be livestreamed speaks to our dedication and commitment to continue to both entertain and innovate for our audience.”

Added academy CEO Damon Whiteside, “We are thrilled that the Academy of Country Music Awards are first to take this giant step toward the future of awards shows with Amazon Prime Video. This partnership, which reinforces our position as an innovative, progressive awards show, will deliver the broadest possible audience and, simultaneously, deliver massive value to our artists whose music lives inside this ecosystem, enabling fans to discover and stream music as they watch.”

A date for the 2022 ACM Awards will be announced later. CBS, meanwhile, is set to air the CMT Music Awards on April 3 — around when it usually ran the ACM show — as part of a week of country-themed programming across ViacomCBS outlets.

“We congratulate our partners at the Academy and Amazon for blazing a path for the future of live awards shows,” said MRC co-CEO Modi Wiczyk. “Our team is excited to be part of the creative and entrepreneurial innovations that streaming technology will unleash.”

Awards shows, long a broadcast network staple, have suffered steep ratings declines in recent years: In 2021, the Oscars, Grammys and Golden Globes all fell by more than 50 percent in total viewers as the COVID-19 pandemic forced major changes to the usual presentation of the awards. (The ACM Awards also hit an all-time low). Even with those declines, however, they still managed to be among the better non-sports draws on their respective networks — ABC, CBS and NBC — last season.