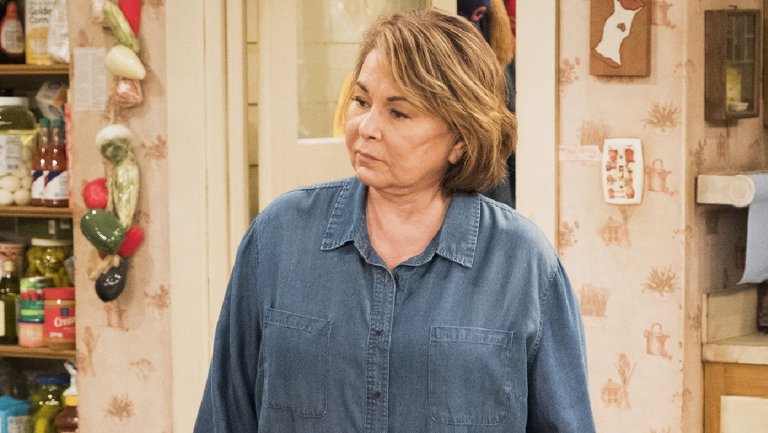 Does ABC’s decision to cancel Roseanne, in the wake of a racist tweet Tuesday morning by executive producer/star Roseanne Barr, also cancel its Emmy prospects? The answer appears to be yes.

The Alphabet network is suspending its FYC campaign on behalf of the show, The Hollywood Reporter has exclusively learned. The first visible evidence of this will come on Sunday, when talent from the show will not participate in a daylong event promoting talent from several ABC Entertainment/ABC Studios shows to TV Academy members on the Disney lot. The network had previously announced that Roseanne would be showcased with a screening and panel featuring castmembers John Goodman, Sara Gilbert, Lecy Goranson, Michael Fishman, Estelle Parsons, Johnny Galecki and Sarah Chalke, followed, later in the evening, by “an after-party at Roseanne’s house (er, what’ll look like Roseanne’s house).”

Barr was never expected to participate, as she will not be back in town until late July and early August.

The show was also removed from ABC’s press website on Tuesday morning.

ABC was forced to scramble a response when tweeted in reference to Valerie Jarrett, a black female adviser to former President Barack Obama, “muslim brotherhood & planet of the apes had a baby=vj,” setting the internet on fire. ABC Entertainment chief Channing Dungey, the first black woman ever to run a major television network, announced the cancelation of the show, with the full support of Bob Iger, the chief of ABC’s parent company Disney, who called it “the right thing” to do.

an a TV show still seriously contend for Emmy nominations — voting for which begins on June 11 — without the full-throated support of its own network? It may not be impossible. Contrary to popular belief, there are a healthy number of conservative-leaning members of the TV Academy, starting with none other than Barr’s vocal fan, President Donald Trump, and some of them may want to push back against what they see as “political correctness” run amuck. But support for some associated with the show — and the show itself — could even come from people who despise Barr and everything she stands for, THR learned from outreach to members on Tuesday.

A high-powered member of the TV Academy’s producers peer group, who asked not to be named, tells THR, “This is disturbing on so many levels, and I feel terrible for Sara Gilbert and so many others paying the price for Roseanne’s shoot-from-the-lips stupidity. But I would certainly be willing to vote for the show or other people associated with it.”