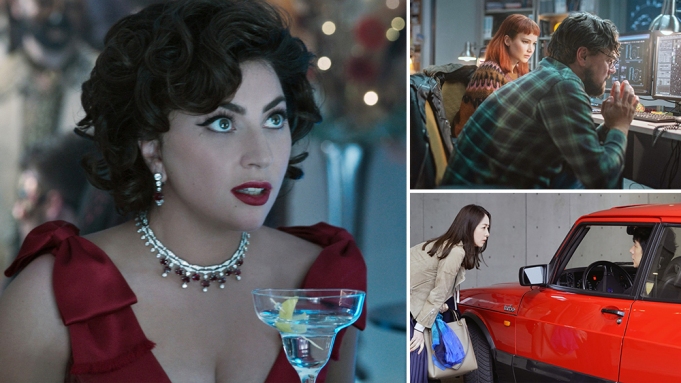 Best Picture Oscar nominee “Don’t Look Up” focuses on a world thrown into chaos and uncertainty due to an impending apocalyptic event. That same energy applied to the lead up to this year’s Oscar nominations, which was once again defined by a pandemic that forced actors, directors and more contenders to campaign from behind their computer screens. Even top awards strategists conceded in the last few days that they had no idea who would make the final cut since it wasn’t easy to poll voters who were watching this year’s contenders from screeners at home and not on FYC screenings and events.

Now that the nominees have been announced, the 94th Academy Awards could be a good night for Netflix’s “The Power of the Dog.” The drama, directed by Jane Campion, led all films with 12 nominations and marked the first time that a woman was nominated for a second time in the best director category (Campion’s first Oscar nomination for director was for 1993’s “The Piano”). “Dune” followed with 10 nominations. Kenneth Branagh’s autobiographical memoir “Belfast” picked up seven nods.

There were some shocking omissions. No Lady Gaga for “House of Gucci.” Bradley Cooper missed out for his scene-stealing turn in “Licorice Pizza.” In better news: after not receiving a SAG Award nomination, Kristen Stewart landed her first Oscar nomination for playing Princess Diana in “Spencer.” And the buzz for “Drive My Car” was real: The film received four nominations, including one for director Ryusuke Hamaguchi.

Here are the biggest snubs and surprises.

SNUB: Lady Gaga, “House of Gucci”
As Patrizia Reggiani, Lady Gaga played an Italian woman who married into the Gucci family and orchestrated the murder of her husband. Gaga campaigned ferociously for the Oscar — and she was the only actress who had picked up every precursor, as a nominee for the BAFTA, Critics’ Choice Award, Golden Globe and SAG. But alas, Gaga came up short in the end with Oscar voters. Her snub was the biggest of the morning.

SURPRISE: Kristen Stewart, “Spencer”
Though she spent most of the season as the perceived frontrunner for her portrait of Princess Diana in Pablo Larrain’s unsettling drama, all bets were off when Stewart failed to land a SAG Award nomination for the role. But in the end, as many predicted, she still walked away with her first Academy Award nomination.

SNUB: Jennifer Hudson, “Respect”
The hyper-competitive best actress category was bound to have its share of disappointments and surprises, but after scoring a SAG Award nom for her fearless portrayal of Aretha Franklin, Hudson’s odds were looking good. She was also eligible for the original song “Here I Am” – another incredibly competitive category. But the Oscar winner (for “Dreamgirls”) ultimately failed to land in either category.

Gumby Is Back: Classic Claymation Character Sets Up Shop at Fox