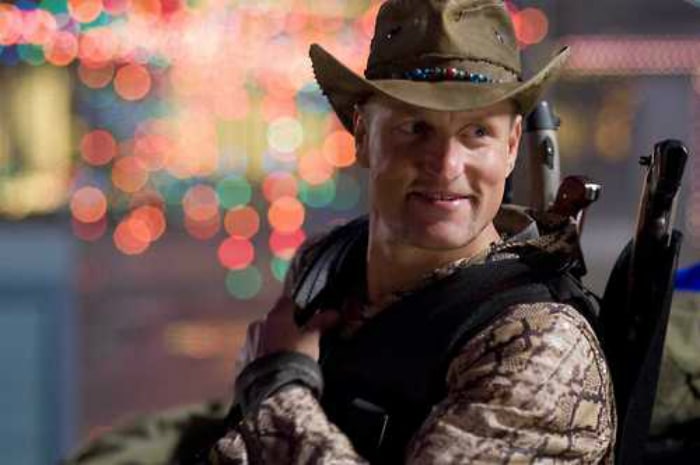 Woody Harrelson is 56 now, turning in mature, nuanced performances in lauded films including “Three Billboards Outside Ebbing, Missouri” and “LBJ,” the kinds of roles one might associate with Tommy Lee Jones or the late Sam Shepard. And, of course, he stopped smoking pot.

That was the news last year, anyway, when Mr. Harrelson, a cannabis evangelist on the level of Snoop Dogg, told reporters that he had broken off a long-term marriage with his intoxicant of choice. “It was keeping me from being emotionally available,” he told New York magazine.

So it was a somber new Woody I expected when I dropped in on his Maui home last month to discuss his role in “Solo: A Star Wars Story,” Ron Howard’s splashy new film, which opened on Friday.

That was not the Woody I got.

It was an overcast Thursday morning, and I was seated at the kitchen table of one of Mr. Harrelson’s two houses on Maui. The glassy dwelling is perched several thousand feet up the slopes of the Haleakala volcano, with sweeping views of Maui’s northeast coastline in the distance.

The plan was to hike the densely wooded property. As I waited for Mr. Harrelson to descend from upstairs, his wife, Laura Louie, wearing a blue fleece vest, was in the kitchen preparing a late-morning snack of fresh fruit smeared with spirulina and almond butter. Ten minutes later, the sound of footsteps.

“Dude!” Mr. Harrelson said, in that familiar bad-boy drawl. He was wearing white beach pants, his yoga-toned torso draped in a well-worn “Free Willie” T-shirt with an old mug shot of Willie Nelson. 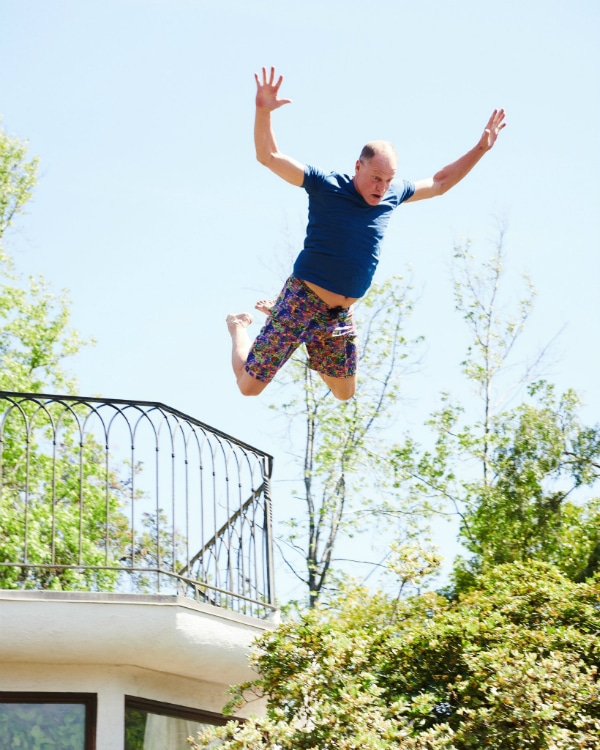 Woody Harrelson takes a rooftop plunge into his pool. CreditJake Michaels for The New York Times

It was not just his attire that made him look like a 1990s slacker. He moves with the lackadaisical ease of a man half his age. He ambles more than he strides, loose limbed and carefree, like a restless teenager looking for mischief.

As he slumped into a wooden chair and planted his elbows on the table, we traded war stories from the afternoon before, when Mr. Harrelson lured me into a pickup soccer game. It was a serious game. I lasted 20 minutes and mangled my knee in the process. He went the distance.

“You almost got a goal, though,” he said in the paternal tones of a Little League coach consoling a strikeout victim. Yeah, I said with a shrug. I hit the crossbar and missed by an inch. “A millimeter!” he said.

After a brief exchange of pleasantries, he reached into his pocket, pulled out two cannabis cartridge pens and slapped them onto the kitchen table.

“I was 20 months off of this, 20 months!” he said, glancing down at the pens as if they were long-lost friends. “And then, Willie happened.”

Taking a deep draw on a vape pen, Mr. Harrelson launched into the story about his breakup and reunion with marijuana.

It started in 2016, a few weeks before he was to shoot “Billboards” near Asheville, N.C. Wanting to get the partying out of his system, he embarked on a “friendship tour” in Los Angeles, Houston and New York. “That’s the nice way of putting it,” he said. “It’s better than calling it a ‘you’re-going-to-host-me-at-your-house-while-I-have-a-bender tour.”

The plan was to dry out in Asheville, but it turns out that the picturesque city “has, like, one microbrewery per person,” he said, so he kept partying, “drinking a ton of beer, smoking one reefer after another.”

How The Cast Of ‘Roseanne’ Reacted To The Reboot Cancellation