What’s next for Megyn Kelly?

Where do you go after you’ve been at the top and fallen to the depths?

Megyn Kelly, just fired from NBC’s “Today” show, is probably asking herself that question now – and finding that her options are limited despite the explosive expansion of the media world she inhabits.

“She’s an anchorwoman-without-portfolio and without a home – she’s stateless now,” says Mark Feldstein, a broadcast journalism professor at the University of Maryland who spent two decades in TV news for ABC, CNN and local news stations.

“She may be fine (financially) with all the money she’s saved, but there are not a lot of options for her, and I’m sure they’re very unappealing options for someone with the money and visibility she’s used to having.”

No other mainstream news network is likely to take her, and her previous home at Fox News is not interested. She could move to Fox Nation, the network’s new streaming service launching Nov. 27, or to the Sinclair Broadcast Group, the emerging conservative network of local TV stations. She could host a new syndicated show tailored to her particular personality or follow the example of her former Fox colleague,Bill O’Reilly, and go straight to the internet with an online show.

She could even go back to being a lawyer. Or she could go home with millions and write another score-settling memoir about how she ended up in this predicament. No matter what, these options probably would be seen as big steps down for her.

Still, it’s hard to imagine Kelly simply fading away – not after her years bathed in the ego-stroking glow of the media spotlight. 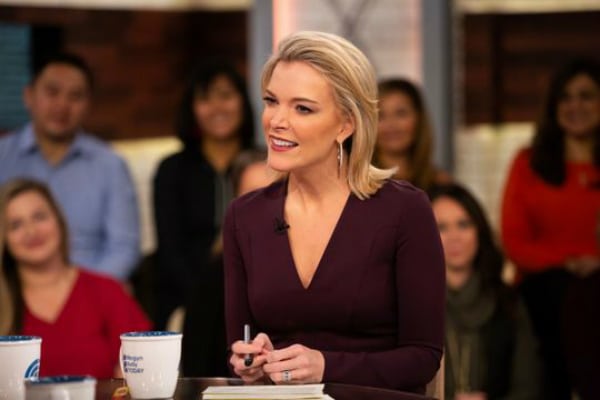 “Once they (media stars) get a taste of TV, they’re like vampires – they can’t go back to anonymity. Their psyches won’t allow it,” Feldstein says.

Judy Muller, a longtime former ABC correspondent who is now a journalism professor emerita at the University of Southern California, says that for TV people, ego and professional prestige often outweigh mere money.

“But just going home and retiring? It’s not in the cards,” Muller predicts of Kelly. “The good news for (her) is that there are so many more (news) outlets than there used to be. It’s going to be humbling no matter what she does.”

Nicole Kidman Says Everything She Does Is ‘Motivated’ By Her Children

Mark Hamill Went Disguised as a Stormtrooper at Comic-Con

The Real Reason These Bands Broke Up