What Does a Movie Producer Do 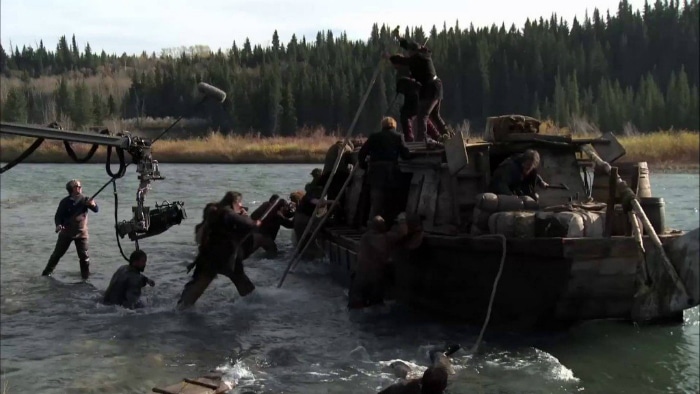 What do movie producers do?. I know it’s a simple question and a bit self-explanatory but I’ve often found that people struggle to provide a satisfactory answer.

Let us take an example of a beast of a film known as ‘The Revenant‘ which was written and directed by Alejandro G. Iñárritu. As much as 19 different producers are credited for this epic Masterpiece including Mr. Alejandro himself.

What does this tell us? Does a movie requires more than one producer for its production?. The answer to that question is: it depends. But in almost all films you will find more than one producer on movie credits. Film making is a massive task and to manage the scale and scope of it all, you require many people who are managing and overseeing the various tasks such as Casting, Screenplay, Marketing, distribution, etc . These people are collectively known as Producers.

Have you ever wondered while watching the Academy Awards that the people receiving the award for the best picture are the producers of the film, not the director or any other member of the cast.

Let’s do something old-fashioned and try to find the term “Movie Producers” in a Dictionary . “A Movie producer is someone who oversees the production of a movie, they could be independent or appointed by a Large production house ”. Well, that doesn’t really explain anything, does it? . Let’s first look at various types of titles credited for a film’s production work.

Executive Producer: Someone who provides at least 25% of the film’s budget and may or may not be involved with entire production of the film.

Co-producer: Someone who is appointed by the producer for providing help in the production of the film. A co-producer manages separate parts of a film production since the entire production would be difficult to manage for a single person.

What do they actually do?

In layman’s terms, Producers are the boss on set. They can hire people they like or fire them if they don’t. Once the movie is completed the producers can have it edited in any way they want. They have the last word when it comes to the distribution rights, music, editing any scenes they want. It’s their product to sell now and a producer often appoints a marketing team so that it reaches its target audiences. Producer work doesn’t finish after the movie is released but it stretches to distribution, TV and CD rights.

What Does a Movie Producer Do

7 Actors Who Won’t Be Coming Back For Upcoming Sequels