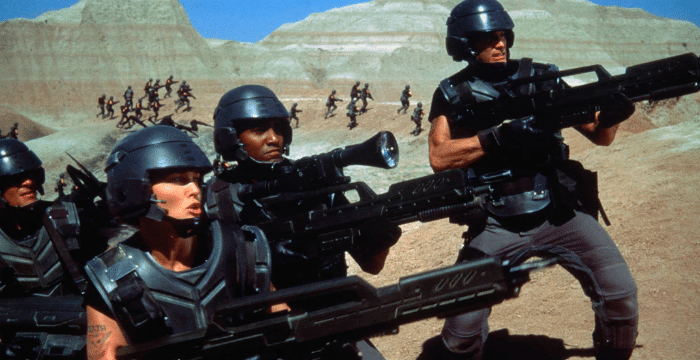 Hollywood has the ability to spark every veteran’s imagination and when the big screen explores what future militaries may become, it’s enough to make even the most content retiree dream of taking the oath all over again.

Let’s explore the fantastic armies any veteran would love to be a part of.

Now, they aren’t human, but they are badass. A Spartan-esque class of alien warriors whose greatest pride is their fighting lineage.

As for leadership, well, if the captain of any Klingon vessel is seen as too weak or unable to perform, it’s the first officer’s duty to kill him and take his place.

It’s not the leadership, tactics, or the personnel’s esprit de corps that makes this future army enviable, it’s the standard-issue armaments that make us wargasm.

Mech-warriors. They issue you the tech to become a f*cking mech-warrior.