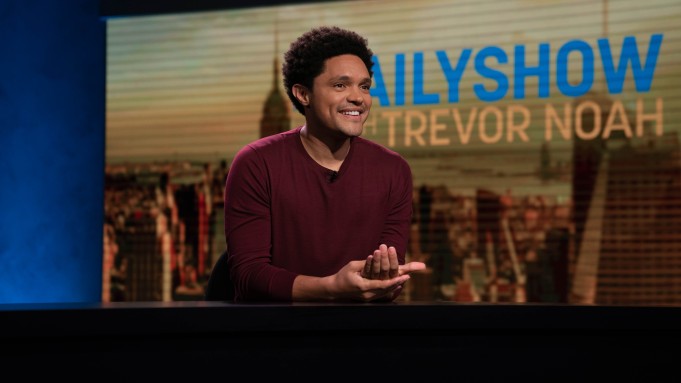 The Daily Show with Trevor Noah is the last remaining nightly variety show not to have an audience. Deadline understands that this is about to change.

The Comedy Central series is testing out the return of a live studio audience. On Thursday November 4, Noah and his team will host a non-televised show designed to test out new spaces in its studio.

It comes after the comedian returned from a three-month summer hiatus in September in a new studio. The show is now taped at the ViacomCBS headquarters at 1515 Broadway in New York City

Noah addressed returning to the studio without an audience last week on The Late Show with Stephen Colbert. He admitted to his ViacomCBS late-night counterpart that he has to get used to people laughing again during tapings, but said that sharing what he and his team have created each day with an audience is a “beautiful experience”.