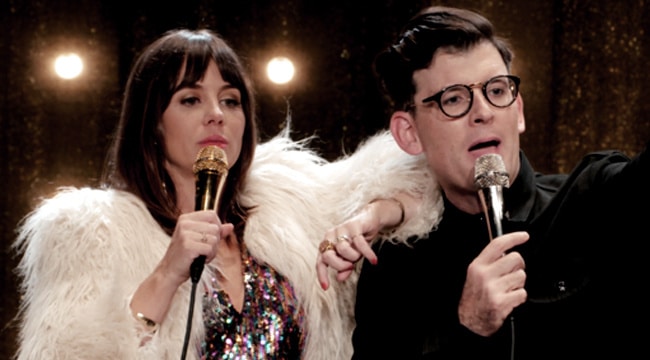 The past few years have seen a rigorous expansion of stand-up comedy after years of neglect. Hence why there are hundreds of titles in Netflix’s stand-up category. Even for budding comedy fans, there’s a lot of must-see specials to choose from.

So here are the 25 best stand-up specials on Netflix right now. These titles aren’t listed in any particular order, nor are they ranked according to funniest stand-up, because they’re all really good and deserve enough of your time.

We haven’t heard from Chris Rock in a long time. Sure, the 53-year-old comedian was one of a handful of significant names who threw their hats into the Netflix ring in 2016, but Amy Schumer, Jerry Seinfeld, and Dave Chappelle have already debuted their stand up specials. Rock, whose previous comedy special hit HBO ahead of Barack Obama’s first election win in 2008, has not. Or at least that was the case until Valentine’s Day, when Netflix finally revealed that the secretive Tamborine project was Rock’s first special with them. Not only is it one of his best stand-up hours to date, it’s also already on track to become 2018’s best special yet.

When it comes to observational comedy, dating, relationships, weddings, divorce and the single life often take center stage. Many comics (celebrated and otherwise) have broached these topics over the years, but Jen Kirkman‘s 2015 Netflix special, I’m Gonna Die Alone (And I Feel Fine) brilliantly spins all five into a beautiful bit of storytelling that’s rife with one-liners and devoid of mere complaints. The Chelsea Lately and Drunk History alum has been doing stand-up since the ’90s, though her career took off with several television appearances, acting gigs and writing stints during the early 2000s. She also has two other fantastic stand-up albums: Self Help and Hail to the Freaks.

Despite the cancellation of his much-hyped Fox sitcom, Mulaney, John Mulaney hasn’t let it affect his career all that much. In fact, considering the success of his Netflix stand-up special, The Comeback Kid, it’s almost as if the former Saturday Night Live writer and frequent Nick Kroll collaborator didn’t even make a television show. Like Murphy, Netflix offers two specials with Mulaney’s name on them — The Comeback Kid and New in Town. The latter, which premiered on Netflix and aired on Comedy Central in 2012, is a fantastic introduction to Mulaney’s witty style of stand-up. However, Comeback Kid makes the list because it surpasses the comedian’s previous efforts by quite a bit. (That, and everybody loves a good Catholic joke.)

“I feel like those guys were famous before they put out their specials. I mean, you don’t know who I am,” Fresh Off the Boat writer Ali Wong told Uproxx. She was talking about Patton Oswalt and Hannibal Buress, two fellow stand-ups who also had new specials on Netflix in 2016, and she assumed her status paled in comparison to theirs. True or not, after watching Baby Cobra a couple of times, viewers will wholeheartedly disagree with the then 34-year-old comic. Especially when she tells her laugh-out-loud stories about “MacGyver baby wipes,” “snail trails” and other goodies from the new mother’s life as a comedian-turned-sitcom writer. Every minute of Baby Cobra is worth at least one watch, though two or more screenings are preferable. There will be tears, and none of them will be due to postpartum depression.