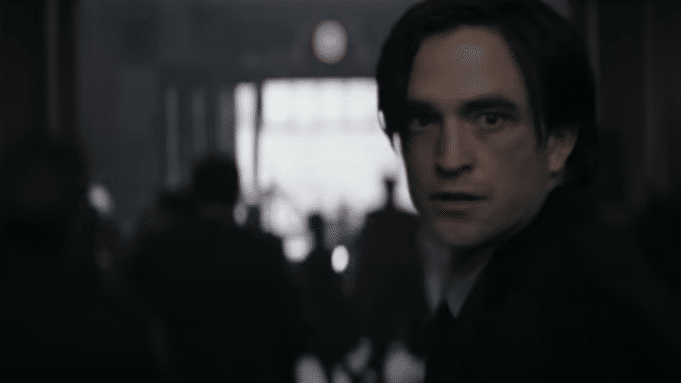 With filming on Matt Reeves’ The Batman having resumed only three days ago after pausing 5 1/2 months ago, the UK production at Warner Bros. Leavesden has stopped again after one of the people on the production turned up positive with COVID-19.

Deadline has confirmed that star Robert Pattinson is the member of the production team who tested positive for the virus.

Said Warner Bros. this morning about the situation:

“A member of The Batman production has tested positive for Covid-19, and is isolating in accordance with established protocols. Filming is temporarily paused.” No further information was provided by the studio in protecting their workers’ privacy.

Vanity Fair was the first to report the Pattinson news Thursday. Warner Bros did not respond to request for comment on whether Pattinson was the “member of The Batman production” it referred to in its earlier statement.

Unfortunately, this is part of the new world of shooting features films during the pandemic, and the extra precautions and steps that are required to continue shooting. Universal recently denied that a positive COVID-19 case during the UK shoot of Jurassic World: Dominion had stalled shooting, and the production continues to run strong on day 60. While four crew members reportedly had tested positive on Malta, where the movie is shooting through mid-September, they went into self isolation, with the production scaling back to a second unit shoot.

Following Batman‘s initial shutdown, Reeves told Deadline he had a quarter of the movie in the can. That said, he delivered a teaser with a lot of stuff at DC Fandome recently for the October 1, 2021 release. Reportedly, Reeves has another three months to shoot.

Jane Fonda Says She Regrets Not Sleeping with Marvin Gaye