‘The Batman’ Moves Back Amid Warner Bros. Date Shuffle 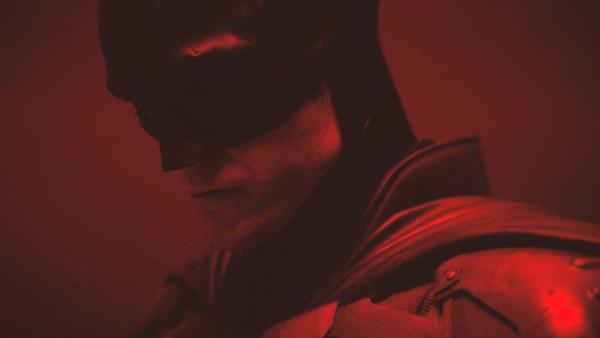 Warner Bros. is shifting a number of its release dates — including Matt Reeves’ The Batman — due to the ongoing impact of the coronavirus pandemic.

The Batman, starring Robert Pattinson as the caped crusader, had been set to hit the big screen June 25, 2021. It will now ride into theaters Oct. 1, 2021.

Like numerous other high-profile Hollywood productions, The Batman has been subject to production delays due to the pandemic.

There’s also the matter of a slew of films that have been pushed out of spring and summer, which has required all the major studios to reshuffle their calendars for months to come in order to accommodate the backlog.

One Warner Bros. tentpole that isn’t budging from its July 17 date this summer is Christopher Nolan’s Tenet. And the studio is sticking to its Aug. 14 date so far for Wonder Woman 1984 (the sequel had initially been set to open in early June).

Other Warner Bros. titles that were part of Monday’s announcement included The Sopranos prequel The Many Saints of Newark, which is being being delayed from Sept. 25 to March 12, 2021.

The release of King Richard, the biopic starring Will Smith as Richard Williams, father of tennis legends Serena and Venus Williams, is being delayed a full year, from Nov. 25 to Nov. 19, 2021, the heart of awards season.

‘The Batman’ Moves Back Amid Warner Bros. Date Shuffle

Taylor Swift Pushes Her 2020 Stadium Shows Into Next Year