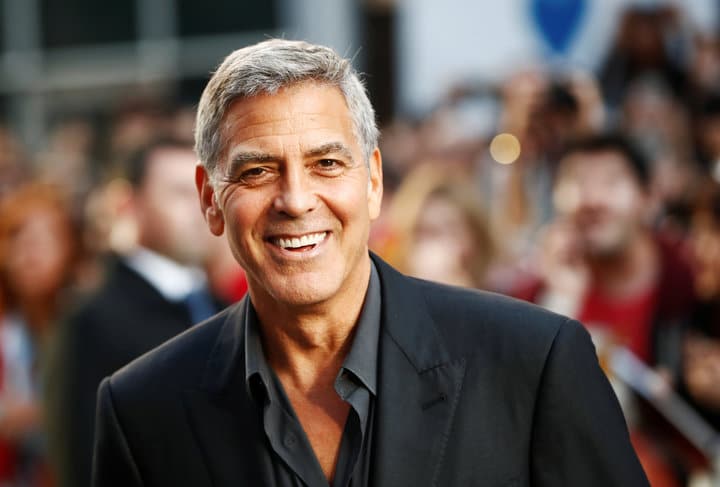 George Clooney is lucky to have escaped this crash without any serious injuries.

Italian newspaper Corriere Della Sera released footage Tuesday that shows the actor’s scooter colliding with a Mercedes in Sardinia earlier in the day. It shows Clooney’s scooter hitting the car, as well as the actor flying into the air and hitting the ground.

Carabinieri Lt. Alberto Cicognani told NBC News that the car cut into the actor’s lane, which prompted the accident.

Clooney was driving 65 mph when the car entered his lane, he reportedly told John Avlon, his friend and a contributor for CNN.

Clooney’s head made contact with the car’s windshield before he flew 30 feet from the Mercedes, Avlon said, citing the actor. “It’s good to be alive,” Clooney said.

Clooney’s wife, human rights attorney Amal Clooney, rushed to his side after the incident.

The actor went to the hospital after complaining of a slight pain in his pelvis and bruises to the leg, La Nuova reported, but was released after tests showed he was fine.

“He is recovering at his home and will be fine,” a representative for Clooney previously told HuffPost.

10 Actors Who Look Exactly Like The Characters They Played