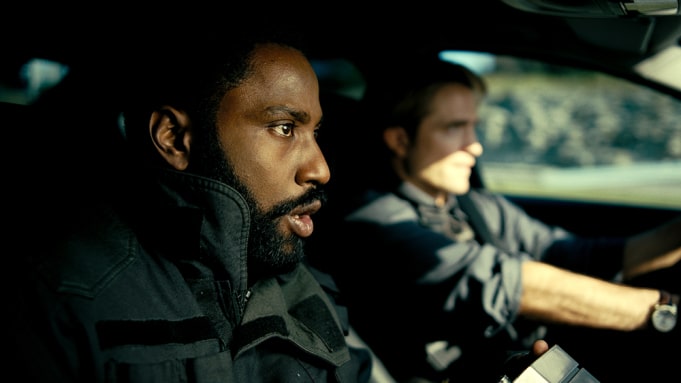 After months of delays, Christopher Nolan’s sci-fi epic “Tenet” finally arrived in U.S. theaters and generated $20.2 million over Labor Day weekend. Ticket sales, though difficult to dissect given the uncharted waters of the coronavirus era, are roughly in line with expectations for a new release during a pandemic.

The espionage thriller is already nearing the $150 million mark globally, thanks to a stronger showing at the international box office. Overseas, “Tenet” earned another $78.3 million this weekend, bringing its worldwide haul to $146.2 million.

Warner Bros., in a note Sunday afternoon to press, said the studio was “very pleased” with initial results, stressing that the rollout of “Tenet” will be “a marathon not a sprint” — meaning it doesn’t need splashy inaugural weekend grosses to justify its release and turn a profit.

“There is literally no context in which to compare the results of a film opening during a pandemic with any other circumstance,” the studio said. “We are in unprecedented territory, so any comparisons to the pre-COVID world would be inequitable and baseless.”

The domestic debut for Nolan’s latest includes ticket sales from preview screenings that started on Monday in the U.S. and Canada. In pre-coronavirus times, “Tenet” would have seen much more substantial opening weekend figures. However, it’s launching in a vastly different environment since numerous theaters in the country are out of operation.

“With a significant number of key U.S. states and cities still closed, this is a fair opening,” said David A. Gross, a box office analyst at FranchiseRe. “Business in the U.S. is improving, but large numbers of moviegoers are not back yet. For now, this is as good as it gets.”

“Tenet” was able to play in about 2,800 cinemas across the country, a smaller footprint than normal for a wide release of this size. But Warner Bros., the studio behind the twisty thriller, is banking on it being enough to rationalize unspooling the mega-budgeted film after months of delays. Currently, about 65-70% of multiplexes in the U.S. have reopened, though influential markets like New York City, Los Angeles, Seattle and San Francisco are still off limits. That likely shaved millions of dollars off of “Tenet’s” grosses.

Drive-in theaters have been a boon for cities where indoor cinemas can’t reopen yet. However, Warner Bros. issued guidelines that restricted the areas where “Tenet” can play outdoors. They mandated that the film can only screen at drive-in theaters if indoor venues in that particular city are open. That means drive-ins in Los Angeles and San Fransisco, both of which have been doing robust ticket sales during the pandemic, didn’t have access to one of the buzziest titles of the year.

“Tenet” is the first major blockbuster to debut in the U.S. after the pandemic forced theaters to close in March. It was originally slated to bow in July but was postponed multiple times as cases of the virus continued to surge. While other anticipated titles — like “Fast and Furious” entry “F9” and Marvel’s “Black Widow” — pushed their openings into late 2020 or 2021, “Tenet” remained fluid with the hopes of welcoming audiences back after prolonged shutdowns.