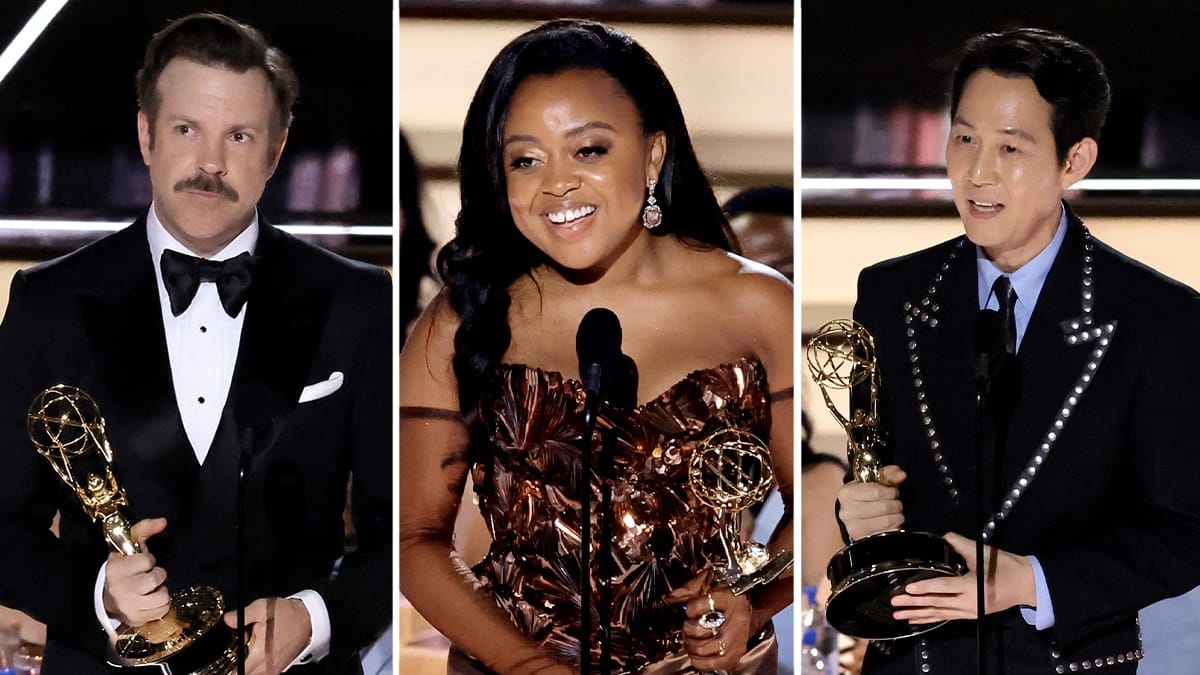 The 74th annual Emmy Awards are in the books following a tight three-hour telecast on NBC that saw several repeat winners, along with quite a few surprising upsets.

“Hacks” star Jean Smart won outstanding actress in a comedy for the HBO Max show, and “Ted Lasso’s” Jason Sudeikis once again took top honor for actor in a comedy.

Amanda Seyfried nabbed lead actress in a limited series for her portrayal of Theranos founder Elizabeth Holmes in Hulu’s “The Dropout,” and fan-favorite “The White Lotus” actress Jennifer Coolidge won for supporting actress in a limited series. On the actor side, the honors were given to Michael Keaton for Hulu’s “Dopesick” and Murray Bartlett for his supporting role in HBO’s “The White Lotus.”

Matthew Macfadyen was honored for his supporting role in “Succession,” for which he was previously nominated in 2020, but did not land the win. Then Julia Garner took the award in the corresponding actress role for the final season of Netflix’s “Ozark,” on which she played Ruth Langmore, marking her third Emmy win for the part.

“Abbott Elementary” star Sheryl Lee Ralph made history as the second Black winner for supporting actress in a comedy, following Jackée Harry’s win for “227” in 1987. On the actor side, “Ted Lasso’s” Brett Goldstein won for the second year in a row, the award’s first back-to-back winner since Jeremy Piven for “Entourage” in 2007.

Strides in diversity were made in non-acting categories when “Squid Game’s” Hwang Dong-hyuk became the first Asian director to win the drama series category, and the first-ever director to win for a non-English-language series, and “Abbott Elementary” creator and star Quinta Brunson won for comedy series writing.

(Excerpt) Read more and See a List of Winners in: Variety