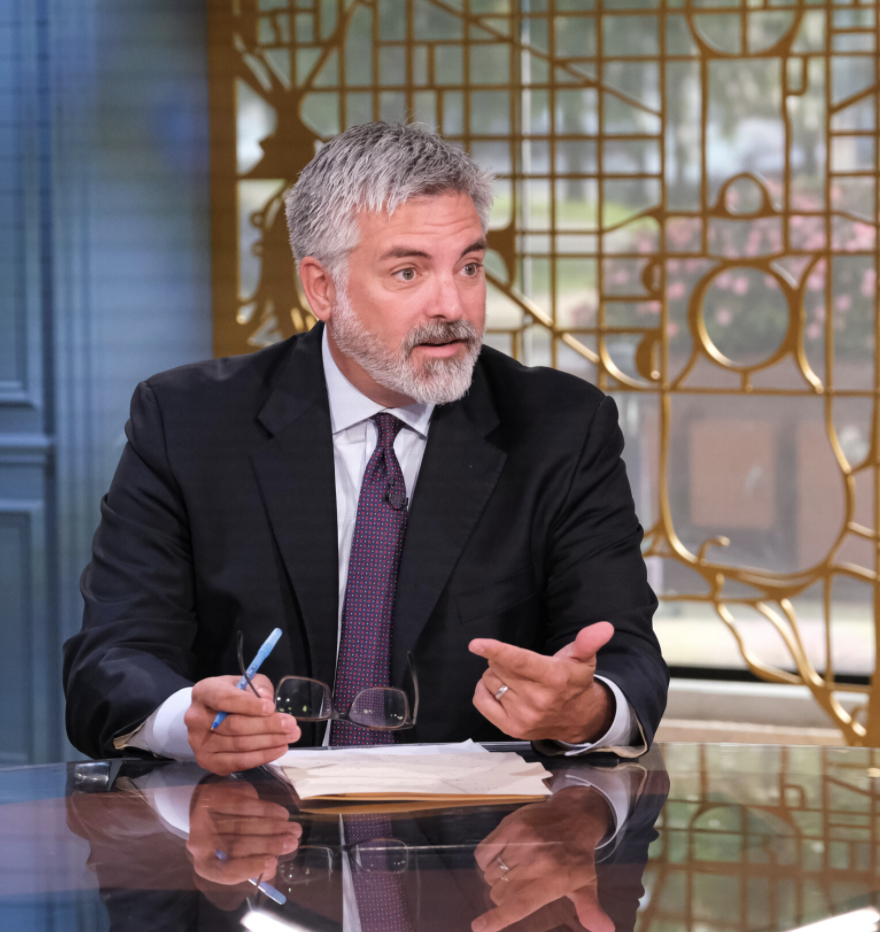 Stephen Hayes, the conservative writer who quit Fox News in protest of its coverage during the Trump era, is joining NBC News as a contributor and political analyst.

Hayes, who co-founded and serves as CEO of The Dispatch, will make his first on-air appearance this Sunday on Meet the Press.

“I’ve known and worked with Steve Hayes on and off for nearly 25 years,” Meet the Press moderator Chuck Todd said in a statement. “He is a principled reporter and analyst who always puts truth and facts above emotion and sentiment … even when it comes to our beloved Green Bay Packers.”

Last year, Hayes and fellow Dispatch co-founder Jonah Goldberg very publicly quit Fox News, where they had served as contributors since 2009. In a statement, the pair said they objected to much of the network’s opinion coverage since the political rise of Trump in 2015.

“Over the past five years, some of Fox’s top opinion hosts amplified the false claims and bizarre narratives of Donald Trump or offered up their own in his service,” they wrote.

The final straw for Hayes and Goldberg, though, was Patriot Purge, a three-part series produced by Tucker Carlson that aired on Fox Nation and pushed a series of braindead conspiracy theories about the Jan. 6 riot at the Capitol.

In an interview with the New York Times, Hayes called Carlson’s revisionist history on Jan. 6 and fear-mongering about the persecution of the pro-Trump rioters “dangerous.”

“In this sense, the release of Patriot Purge wasn’t an isolated incident, it was merely the most egregious example of a longstanding trend,” the pair wrote. “Patriot Purge creates an alternative history of January 6, contradicted not just by common sense, not just by the testimony and on-the-record statements of many participants, but by the reporting of the news division of Fox News itself.”

A Fox News executive said at the time that the network had no plans to re-sign Hayes and Goldberg at the end of their contracts. Goldberg called that claim nonsense, asking: “Did they have a meeting 14 months before my contract was up and decide to not renew me?”

Following their departure from Fox News, NPR reported that others within the network — notably Bret Baier and Chris Wallace — voiced their concerns with Carlson’s series to network CEO Suzanne Scott and president Jay Wallace. Weeks later, Chris Wallace left the network for CNN+.