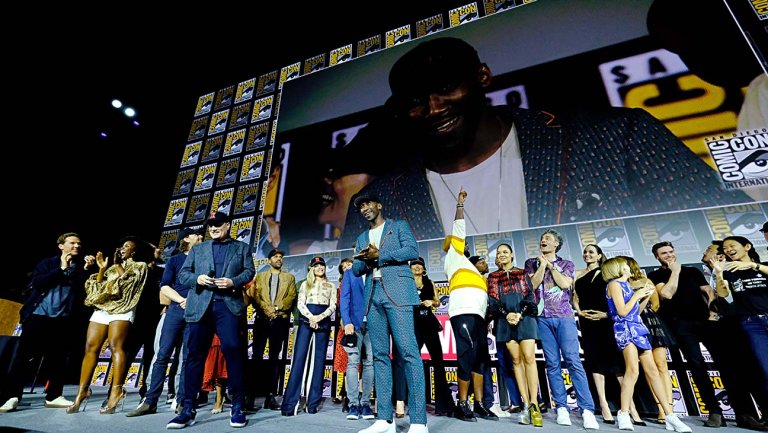 San Diego Comic-Con has been canceled as the coronavirus pandemic continues to reshape how the world views large public gatherings. The annual entertainment and comic book convention was scheduled to take place from July 23-26 in San Diego, California. It will next occur July 22-25, 2021.

This is the first time in the event’s 50-year history that it has been canceled.

“Extraordinary times require extraordinary measures and while we are saddened to take this action, we know it is the right decision,” says Comic-Con spokesperson David Glanzer. “We eagerly look forward to the time when we can all meet again and share in the community we all love and enjoy.”

People who have purchased badges for the 2020 convention will be able to request a refund or transfer their badges to next year’s Comic-Con. Organizers said an email will be sent to badge holders in the coming weeks to explain the process. Those who have booked hotels via onPeak do not need to take action and will automatically receive refunds, according to Comic-Con organizers.

Comic-Con is the most important geek event of the year, with 135,000 people descending upon the San Diego Convention Center for 2019’s convention. It launched as a relatively small, comics-focused event in 1970 and over the past decade has grown to encompass television and film, becoming a go-to place for major players such as Marvel Studios to unveil news about its slate or for Warner Bros. to show off its upcoming DC films. Its Hall H has become home for panels for the biggest genre shows on TV, such as AMC’s The Walking Dead and HBO’s Westworld.

The coronavirus has already seen big shifts in the genre sphere, with Universal’s F9 being delayed a year and Marvel’s Phase 4 slate being postponed. WonderCon, the Anaheim convention run by the organizers of San Diego Comic-Con, was postponed from its April date and is now scheduled for March 26-28, 2021.

Taylor Swift Pushes Her 2020 Stadium Shows Into Next Year