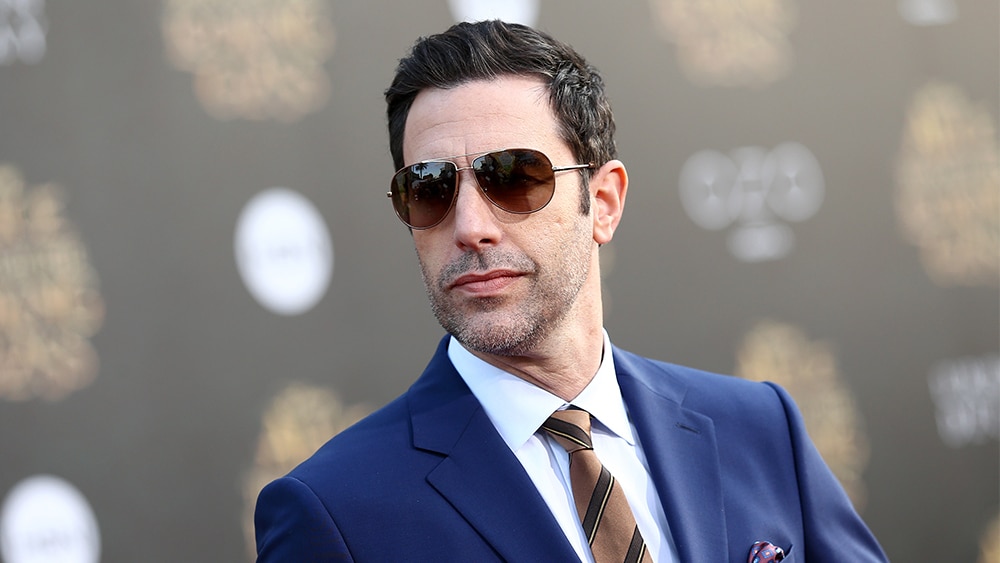 Sacha Baron Cohen has posted a 4th of July tease for a new project that appears to take on the comedian’s old foe, Donald Trump.

“He’s back,” the trailer promises, “as you’ve never seen him before.” The words are interspersed with a “Happy Fourth of July” message from Trump and footage of the President saying “Sacha Baron Cohen, go to school! Learn about being funny.”

“Sacha graduates soon,” the teaser says, ending with a title card for Trump University that uses the actual logo for the defunct real estate training school. The new project might also include other targets, as he was also reported to have filmed a stunt with O.J. Simpson in his Las Vegas hotel room in February.

Baron Cohen and Trump have a long and antagonistic relationship. Trump has said he was the only person to immediately walk out of his interview with Baron Cohen’s “Ali G.,” but Baron Cohen has said he was actually there a comparatively long nine minutes. Trump’s proclamation “I never fall for scams” was recently mocked when he spoke to comedian Stuttering John while on Air Force One.

In the the 2016 satirical comedy “Grimsby,” which Baron Cohen starred in and co-wrote, Trump becomes infected with HIV after Daniel Radcliffe’s blood is sprayed into his mouth due to a gunshot. Released during Trump’s campaign, the movie included a disclaimer that the candidate did not actually have HIV.

Baron Cohen is currently shooting Netflix series “The Spy,” written and directed by Gideon Raff. He was previously set to star in Michael Winterbottom’s “Greed,” about the world of the super-rich, though the project seems to be on hold.

The Top-Selling Singer Of 2018 So Far Is Hugh Jackman