Rick Moranis To Return To ‘Honey, I Shrunk The Kids’ Franchise 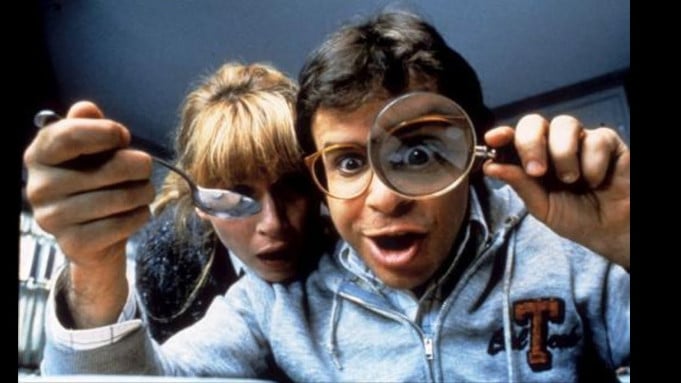 Rick Moranis, the SCTV alum and comedy star of such hit pics as Ghostbusters, The Flintstones, Spaceballs and Parenthood, has closed a deal to return to the next Honey, I Shrunk the Kids sequel Shrunk. The movie will be made for the theatrical side, not Disney+.

Disney was trying to quiet rumors that Moranis was returning, but our breaking news today is that his deal, is done.

As previously reported, the pic’s original director Joe Johnston will be back, with Josh Gad also starring. The movie centers on Gad’s character, who is the son of Moranis’ Wayne Szalinski, and is aspiring to be a great scientist like his father but accidentally shrinks the kids.

The 1989 movie Honey I Shrunk the Kids spawned Honey, I Blew Up the Kid and the direct-to-video Honey, We Shrunk Ourselves. The first two movies collectively made $281M at the global box office (unadjusted for inflation).

Hoberman and Todd Lieberman are producing through their Mandeville Films and Television banner, with Todd Rosenberg writing the screenplay.

In 1997, Moranis stepped away from on-screen acting work to raise his kids but continued to do voice-overs in such films as Disney’s Brother Bear movies and The Animated Adventures of Bob & Doug McKenzie during the early aughts. With his upcoming appearance in Netflix’s Martin Scorsese-directed documentary An Afternoon With SCTV, he’s making a comeback, and what a way to do so with a cherished Disney classic franchise. That special was taped in 2018 at Toronto’s Elgin Theatre with Moranis joining fellow SCTV alums Joe Flaherty, Eugene Levy, Catherine O’Hara, Andrea Martin, Martin Short and Dave Thomas. The special will be included in the Scorsese doc.

Rick Moranis To Return To ‘Honey, I Shrunk The Kids’ Franchise